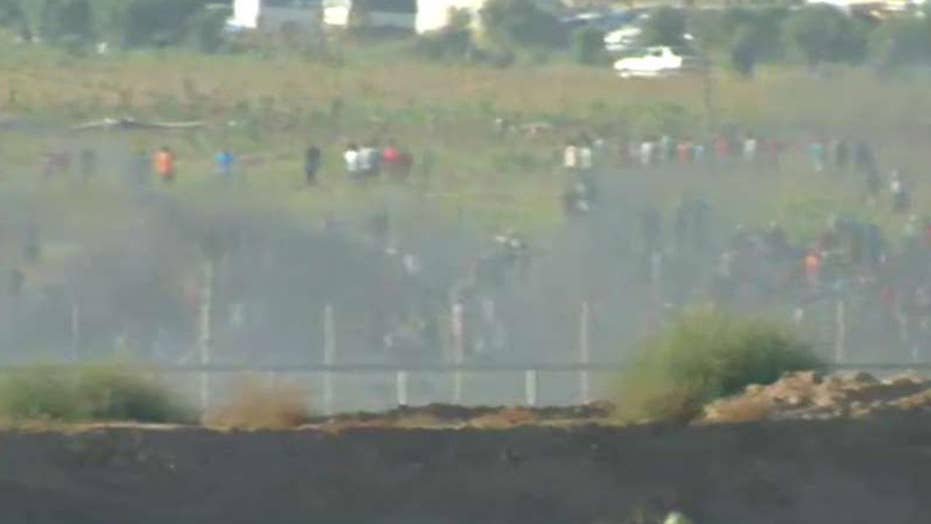 A nurse for aid group Doctors Without Borders launched a terror attack on Israeli troops near the Gaza border Monday, shooting and throwing an explosive device at soldiers before being shot dead, Israeli officials said.

Hani al-Majdalawi was killed during a gun battle with Israel Defense Forces as he tried to slip past a border fence and gain entrance to Israel.

No Israeli troops were injured in the incident, The Times of Israel reported.

“He who takes part in saving lives should assist in humanitarian activities in the Gaza Strip, and should not take part in terrorism,” Maj. Gen. Kamil Abu Rokon, the head of Israel Defense Ministry body COGAT, said in a statement. COGAT coordinates government activities with Palestinians.

Al-Majdalawi’s brother, Osama, wrote on Facebook that al-Majdalawi was recently married, expecting a child and not affiliated with any militant groups. Osama also noted, however, that his brother had purchased a rifle.

Doctors Without Borders confirmed al-Majdalawi had worked for the group and was killed by Israeli troops. But the group didn’t comment on why al-Majdalawi put down his medical kit and picked up a rifle, with a spokesperson telling the Associated Press the organization was still “working to verify and understand the circumstances regarding this extremely serious incident.”