A planned concert on Sword beach on Normandy, France for the 75th anniversary of D-Day has drawn outrage from some veterans. (Jonathan Brady/PA Wire, File)

A planned concert to mark the 75th anniversary of the Allied forces landing on the beaches of France to liberate Europe from the Nazis in World War II has drawn outrage from some veterans who said it's not appropriate for "sacred" ground.

The Netherlands-based organizers behind the Liberty Concert Normandy, scheduled for June 6, 2019, on Sword Beach, said they wanted 75,000 people paying close to $90 to attend the festivities, which they claimed would educate millennials about the start of the liberation of Nazi-occupied Europe, Sky News reported.

On a website for the event, organizations billed the location as the beach that "looks out over the sea where the fight for peace began."

"The concert starts with films, parachutists and stories about the landing," the group said. "The stage is then handed to several international top artists and DJs. With the slogan ‘Fight for Freedom’ the 75,000 people present and the millions of viewers (via TV and streaming) are asked to stand up for peace, freedom and an inclusive society."

The organizers said that as they developed the concert idea, they spoke with "several" veterans who would be "guests of honor at the event."

"Next year we will invite them to come to the concert for free, attend the concert in the VIP-area and experience how artists and youth will show respect to them," the group said. " Some of them will also be on stage to say or do something shortly."

D-DAY REMEMBERED: THE DAY WE KNEW WE WERE GOING TO WIN

However, some veterans and their families said they were outraged at the planned festivities, with some people starting an online petition looking to "remember D-Day respectfully." The petition has drawn more than 2,400 signatures.

"When I found out about the concert I was horrified really, to think that on 6 June, the anniversary of D-Day, so many troops died on the beaches. Not only British troops, but Canadians, French, Americans, Dutch and other nationalities died on those beaches," 95-year-old veteran Joe Cattini told Sky News. "The beaches are, on that day of all days, sacred. They shouldn't be violated by pop concerts." 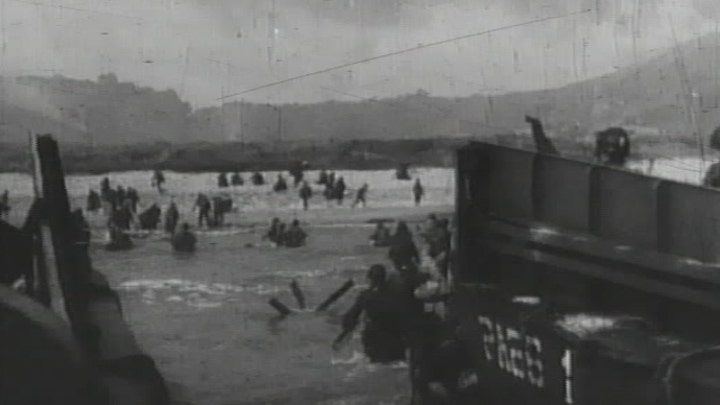 Cattini told Sky News he visits the beaches and the surrounding villages every year on June 6 with other veterans to remember his friends who died there.

"Have it a bit further inland, not on the beach itself. It's rather bad taste," he told Sky News.

Dame Vera Lynn, an English singer known as "The Forces’ Sweetheart," recently severed ties with the concert organizers. Virginia Lewis-Jones, Lynn's daughter, told The Telegraph last month that her 101-year-old mother had "no idea" what kind of event it was going to be when she originally signed up.

WHAT D-DAY TEACHES US ABOUT PRAYER

A statement released on behalf of Lynn to The Express said that she was "always keen to support charitable endeavors, especially those that benefit veterans."

The organizers, however, claimed the event would "ensure that the lives of fallen soldiers will not be forgotten with the next generation."

"We believe the best way to share the powerful legacy of sacrifice is by bringing young people near to the place where this history happened, as it creates an unforgettable moment in their lives," the group wrote on its website. "We think the symbolic function of this day and this beach helps to touch the hearts of millions of people."