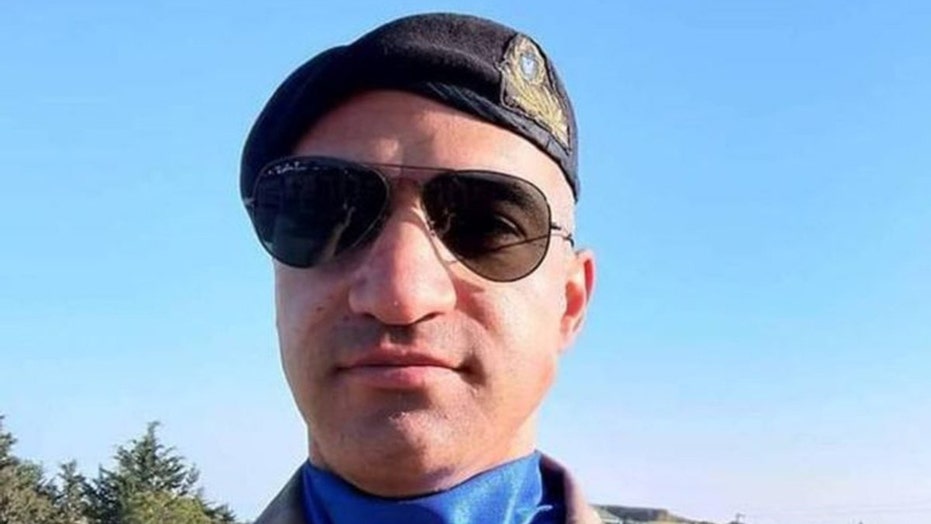 The Cyprus army captain that pleaded guilty to killing seven foreign women and girls over the course of nearly 3 years was sentenced Monday to seven life terms in prison.

Nicholas Metaxas, 35, will serve five consecutive life sentences and two concurrently after a panel of three judges said he targeted defenseless women in the Mediterranian country looking for work and that he “didn’t even hesitate to kill children” while on his “campaign of murder.”

The victims, four Filipino women and the daughter of one of them, as well as a Nepalese woman and a Romanian mother and her daughter, were sought out by Metaxas on social networks using the handle "Orestes35," and having sex with them before the killings.

An undated picture taken from the Facebook page of 35-year-old Greek Cypriot army officer Nicos Metaxas, on April 26, 2019, shows him posing for a selfie.(AFP/Getty Images)

The army officer pleaded guilty to crimes and said he doesn't "have any clear answers" as to why he committed the killings and that he has "struggled" to figure out the "why and how."

After first refusing to cooperate with police, Metaxas eventually confessed in a 10-page handwritten note after the evidence against him began piling up.

The case came to light on April 14 when the decomposing body of Mary Rose Tiburcio, 38, from the Philippines, was found by chance down a flooded mine shaft that was part of an abandoned copper mine.

Four days later, the body of 28-year-old Arian Palanas Lozano, also from the Philippines, was pulled out of the same mineshaft. Investigators honed in on Metaxas after scrutinizing the online communications of both women.

Cyprus Special Disaster Response Unit investigators carry a covered suitcase on a stretcher after it was retrieved from a man-made lake near the village of Mitsero, outside of the capital Nicosia, Cyprus, Tuesday, June 4, 2019. (AP Photo/Petros Karadjias)

Among the other victims were Romanian national Livia Florentina Bunea, 36, and her 8-year-old daughter Elena Natalia; Maricar Valtez Arquiola, 31, from the Philippines; Ashita Khadka Bista, from Nepal; and Tiburcio's daughter, Sierra Grace.

Prosecutors said six of the victims died from strangulation while the seventh died from a massive head injury. It is unclear when the deaths occurred, however, police said they believe the earliest killed happened in 2016.

Metaxas, a divorced father of two children aged 6 and 9, led police to where he disposed of his victims' bodies. The bound remains of Bunea, her daughter and Arquiola were placed in suitcases and thrown into a toxic lake that was part of the same abandoned mine. Bista's skeletal remains were found down a dry well inside an army firing range. Tiburcio's daughter was found in another lake, wrapped in a sheet and weighed down by a rock.

Investigators searching for bodies with a special camera in a man-made lake near the village of Mitsero outside of the capital Nicosia, Cyprus, Saturday, April 27, 2019. (AP Photo/Petros Karadjias)

The only explanation Metaxas gave to investigators that prompted the killings was his “hatred” for Tiburcio and Bunea over his suspicions that they prostituted their daughters. He said he choked the children to death as they slept "so that they would no longer have to suffer."

He also claimed to have strangled Maricar and Lozano during sex with them and that he killed Bista - who died of a head injury - in anger after she spat at him for videoing their sexual encounter.