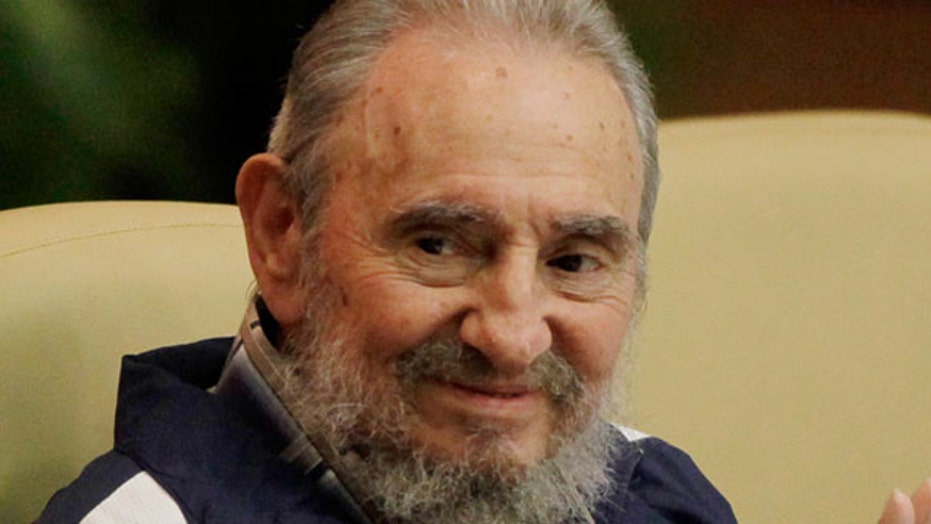 How will Castro's regime benefit from US policy shift?

President Obama’s major policy shift toward Cuba has regional experts closely watching how the Castro regime will look to use this renewed connection with Washington to its benefit.

Fox News National Security Analyst KT McFarland spoke to analysts Roger Noriega and Ana Quintana about the White House’s decision. Both are concerned over the impact this political move will have on Cubans themselves.

Cuba has been criticized numerous times in the past for its poor human rights record. Political detentions in 2012 rose to historic levels when the regime imprisoned 6,602 government opponents, compared to 2,074 in 2010, according to the Cuban Human Rights Commission.

Noriega, a fellow with American Enterprise Institute, predicts less pressure will be put on the regime to address this issue. “My concern for the Cuban people is that they will be forgotten, the cause for human rights will be forgotten by the government of the United States.”

“Legitimizing the leader of Cuba, Raul Castro … someone who was never elected, the only reason why he is in charge because he is the brother of Fidel Castro … what the president has done is essentially legitimize the regime,” said Quintana, a research associate with The Heritage Foundation.

Some congressional leaders, though, have supported the White House’s decision. “Our policies, frozen in time, have disserved the nation and have failed utterly and abysmally in achieving their original goals,” said Sen. Patrick Leahy (D-Vt.).

One suggestion for Cuba’s willingness to work with the U.S. is the country's faltering relationships with some of America’s adversaries like Venezuela.

“The Cuban regime depends on Venezuela for its survival and that regime is tanking, too. It’s collapsing under the weight of [their] policies and falling oil prices,” said Noriega, a former U.S. Ambassador to the Organization of American States. He points to Caracas already cutting nearly half of the oil subsidies given to Havana.

There is growing concern opening ties with Cuba will reduce the changes of democracy taking hold.

Noriega believes “the cause of democracy in moving in that direction hasn’t been advanced at all.” While Quintana added, “the chances for democracy on the island have significantly diminished.”