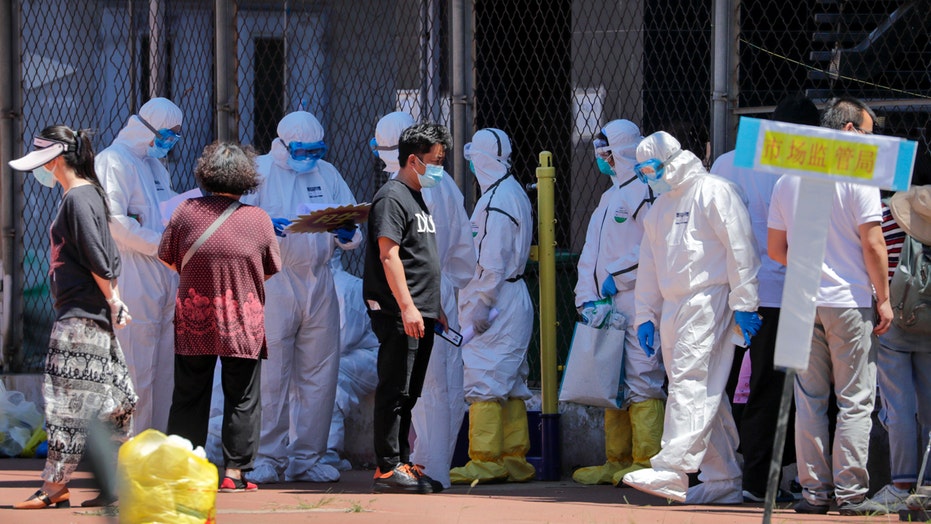 Dozens of new coronavirus infections were reported Sunday in China's capital as the country where the deadly virus originated tallied its highest daily total of new cases in two months.

China’s National Health Commission said Sunday there were 57 confirmed COVID-19 cases in 24 hours through midnight Saturday, including 36 cases in Beijing.

All of the cases in Beijing have been linked to the city’s biggest wholesale food market.

A security guard locks with chain the fence of the seafood wholesale market main entrance which was closed for inspection in Beijing, Sunday, June 14, 2020. (AP Photo/Andy Wong)

The Xinfadi market in southwest Beijing was shut down Saturday after 50 people tested positive for the virus in recent days. Before the spate of infections, the city had not had any new COVID-19 cases in 55 days.

State media outlet The Global Times said all districts in Beijing, and cities and counties in nearby provinces, issued notices to residents, requiring them to report for nucleic acid testing if they had visited the Xinfadi or Beijing-Shenzhen markets in recent weeks.

Workers in protective suits check on people's names in a list at a stadium in Beijing, Sunday, June 14, 2020. (AP Photo/Andy Wong)

In Beijing, officials have required residents to report their travel histories for the last two weeks, while officials in Tianjin Province have asked people to report if they had been to any of the major food markets in the capital city that were now closed due to coronavirus, the Global Times reported.

Workers in protective suits check people's names on the list who were either living surrounding the Xinfadi wholesale market or have visited to the market to get a nucleic acid test at a stadium in Beijing, Sunday, June 14, 2020. (AP Photo/Andy Wong)

According to health officials, the 36 new cases in Beijing include 27 people who worked at the Xinfadi market, with nine determined to have had direct exposure to the virus..

On Saturday, authorities in Beijing locked down 11 residential communities near the Xinfadi market.

White fencing sealed off a road leading to apartment buildings and drivers were required to show identification to enter the area. All of those who live near or work at the market must get tested for the virus.

A worker directs security guards as they set up barricades for people who were living surrounding the Xinfadi wholesale market and those have visited to the market to conduct a nucleic acid test at a stadium in Beijing, Sunday, June 14, 2020. (AP Photo/Andy Wong)

At least 10 cities, including Harbin and Dalian, have urged residents not to travel to Beijing, according to Reuters.

Workers put on protective suits as they wait for people living surrounding the Xinfadi wholesale market arrive to get a nucleic acid test at a stadium in Beijing, Sunday, June 14, 2020. (AP Photo/Andy Wong)

Government officials have said that health workers detected coronavirus in 40 samples collected at Xinfadi, including from cutting boards used to prepare imported salmon.

The chief epidemiologist at the Chinese Centre for Disease Control and Prevention, Wu Zunyou, said in an article published Sunday that the source of the latest outbreak could have been either contaminated seafood or meat from the market, or a visitor or worker who had contracted the virus, the South China Morning Post reported.

Wu said any person or object that was in contact with the cutting boards could have been the source, including the owner or a customer. 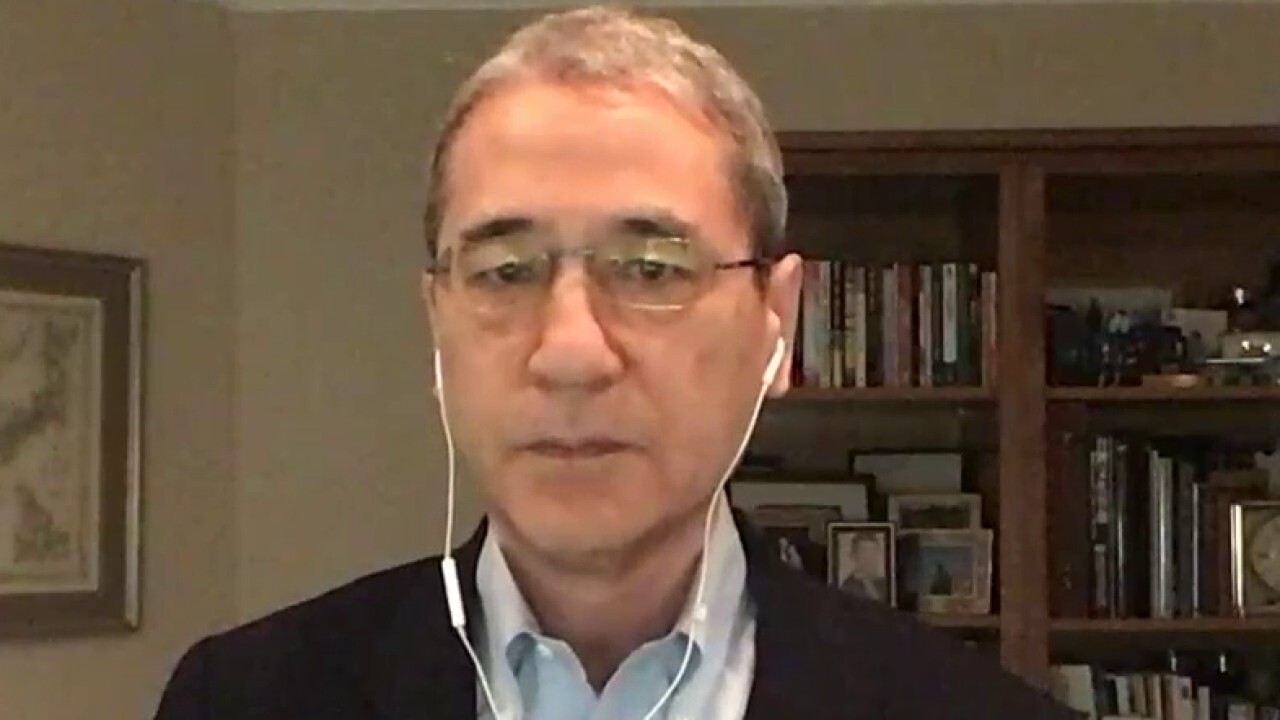 Is China hoping civil unrest in the US will distract the world from Beijing's mishandling of COVID-19 crisis?

“We are still collecting information, and we can’t give a conclusion now,” he said.

China, where the pandemic began in December, had relaxed most of its anti-virus controls after the ruling Communist Party declared victory over the disease in March.

The country had responded to the outbreak with the world's most intensive anti-disease controls, isolating cities with some 60 million people and shutting down much of its economy. Those steps were later imitated by some other governments.

But in the last week, China has seen a rise in cases.

Workers in protective suits direct people who were either living surrounding the Xinfadi wholesale market or have visited the market to get a nucleic acid test at a stadium in Beijing, Sunday, June 14, 2020. (AP Photo/Andy Wong)

China's air regulator announced Sunday that China Southern Airlines was required to suspend flights between Dhaka, Bangladesh and the southern city of Guangzhou for four weeks after 17 passengers on Thursday's flight tested positive for the virus.

Beijing allows each airline to make one flight per week on each route. Under rules announced June 4, a route will be suspended for one week if five passengers on a flight test positive and four weeks if the number rises to 10.

The latest outbreak raised China's total number of announced coronavirus cases to 83,132, with 4,634 deaths, according to the Health Commission. China, however, has been under intense international scrutiny for under-reporting its figures. Chinese officials have pushed back against those accusations.

Around the world, infections in South Korea also rose Sunday, and Egypt, Ukraine and North Macedonia reported their highest single-day totals of new infections since Friday.

Globally, the virus has continued to spread in many places, with more than 100,000 cases confirmed every day, according to data from Johns Hopkins University.

Fox News' Peter Aiken and The Associated Press contributed to this report.