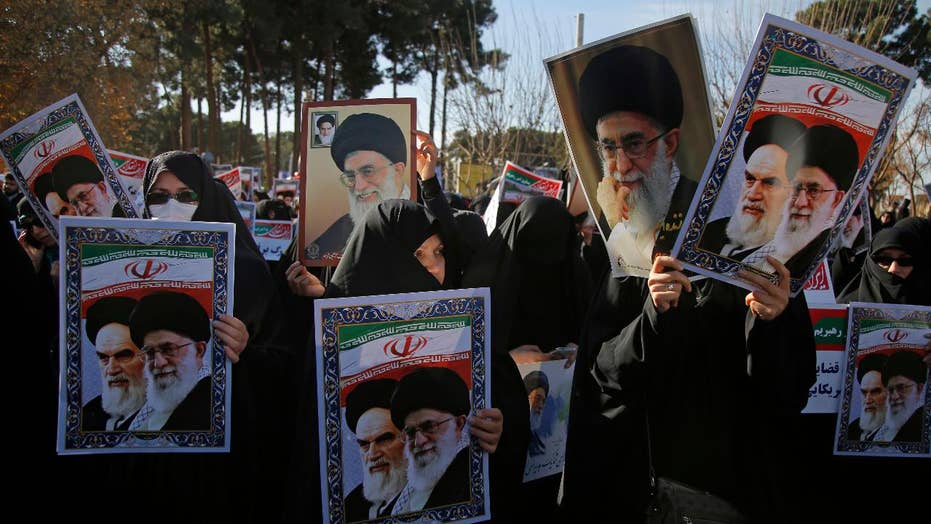 US calls for urgent United Nations meeting on Iran

Russia vetoed a United Nations Security Council draft resolution sponsored by the United Kingdom Monday that would have included a promise of action against violations of a U.N. arms embargo on Yemen that showed Iran in violation in a recent U.N. report.

The U.K. draft resolution echoed some of the language used by a U.N. panel of experts on Yemen that was released earlier this month. The report noted that Iran was in noncompliance of an arms embargo set out in a Security Council resolution. The U.K. reportedly had softened the language on Iran in a final attempt to get Russia on board.

Sitting in for U.S. Ambassador Nikki Haley, who is on a visit to Central America, Ambassador Kelley Currie, told council members that: “Russia’s veto today serves only to protect Iran’s efforts to destabilize the region and spread its malign influence.”

Currie put on notice the four countries that did not vote for the U.K. draft, Russia and Bolivia who voted against it and China and Kazakhstan who abstained, telling the council that “their actions will not be forgotten. Nor will they go unanswered.”

Currie thanked the 11 councilmembers who supported the measure.

Speaking to the council before the vote, Jonathan Allen, the deputy U.K. ambassador to the council, said that his country was “deeply concerned” that Iran had not prevented the indirect or direct “supply, sale or transfer of short-ranged ballistic missiles, missile propellant, and unmanned aerial vehicles to the then Houthi-Saleh alliance, as reported by the panel of experts.”

He said that the U.K. agreed with the panel’s assessment that found Iran in noncompliance of the paragraph of the resolution in question.

Allen warned that, “Iran — and other states who violate the Security Council resolutions — must be held accountable.”

Following the Russian veto, the Security Council voted on a second resolution — a Russian technical draft resolution that did not mention Iran but gave the go-ahead for the renewal of sanctions on Yemen and the work of the panel of experts.

While the Russian resolution passed unanimously, there was a noticeable coming together from the European members of the council on wanting to target Iran’s actions, perhaps in response to President Trump’s recent call to U.S. allies to help in halting Iran’s missile proliferation, especially to places like Yemen.

One Security Council diplomat told Fox News that from the outset of the negotiations, “the U.K., France and the U.S. presented a united front to the Council to curb Iran’s destabilizing behavior in the region. The other Europeans on the Council were also supporting of the U.K. draft.”

France’s ambassador to the world body, François Delattre, made clear his country’s feelings. “We already voiced our concern regarding the conclusions of the panel of experts’ report on Yemen, which said that Iran was in noncompliance with the arms embargo imposed by resolution 2216,” passed in 2015.

Delattre continued, “I want to be very clear on this — we firmly condemn any breach by Iran of the international obligations of resolution 2216.”

The Dutch ambassador to the U.N., Karel van Oosterom, told members that his nation regretted that the new Russian resolution did not meet “our concerns regarding noncompliance with the arms embargo, violations of humanitarian law and problems with humanitarian access.”

Behnam Ben Taleblu, a senior Iran analyst at the Foundation for Defense of Democracies (FDD), a nonpartisan research institute in Washington D.C., said that the Security Council “fell victim to a Russian veto, which was skillfully deployed by diplomats to get a watered-down resolution on Yemen.”

Ben Taleblu continued that the result of Monday’s action helps Iran’s regional aims. “Rather than being formally charged as being in violation of two (Security Council) resolutions, Tehran is now emboldened. The new (Russian) resolution fails to point a finger at the foreign source of Houthi military power, and the most obvious transgressor of the existing arms ban on Yemen — Iran.”