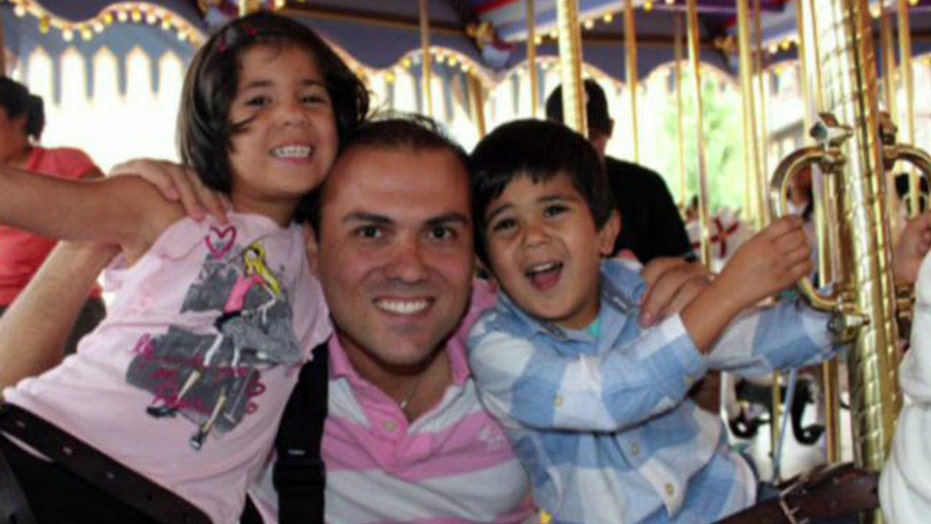 Jailed pastor's wife: 'We don't know where he is'

Iranian jailers turned away the family of an American pastor on trial Iran for his Christian family, telling them Saeed Abedini is not in the infamous Tehran prison where he’s been held for several months.

The development was the latest disappointment in a turbulent week for supporters of Abedini, who is accused of undermining national security by establishing a network of home-based churches in his native country. On Monday, at the outset of his trial, state-run media said Abedini had been granted bail, but family members said officials refused to accept the payment or free him.

“The fact that his whereabouts are unknown to his family and attorney is cause for concern,” said Jordan Sekulow, executive director of American Center for Law and Justice, the organization representing Abedini’s U.S.-based family.

Abedini, 32, an American citizen who lives in Boise, Idaho, with his wife and two children, has been kept in Iran’s Evin Prison since September, following his arrest on a bus. His supporters say he has been beaten and tortured in the prison, and that he was only in Iran to try to start a secular orphanage.

Saeed’s wife, Naghmeh Abedini, has not traveled back to Iran for fear of being arrested herself. But other, Iran-based members of the family who visited the prison were not told where Abedini is now being held, said Sekulow.

“We know that Pastor Saeed has undergone intense pains after beatings in interrogations while in his current prison ward, and a transfer [to a medical ward] would allow him to receive improved medical care.

Abedini’s attorney, Naser Sarbazi, asked the judge on Monday to move Abedini to a facility where he could get medical treatment. Although the judge agreed, neither Abedini’s family nor his legal team was notified of such a move.

After being held for four months without any formal charges, for the first time, the prosecutor notified Abedini and his attorney that the Pastor would be charged with endangering national security with the expansion of the home church community network and with brainwashing the youth by converting them from Islam to Christianity.

Abedini, who was arrested for evangelizing in his homeland more than a decade ago, claims he was freed and told by authorities he could return as long as he refrained from spreading his faith. His supporters believe the charges he’s facing, which could carry the death penalty, relate to his actions long ago.