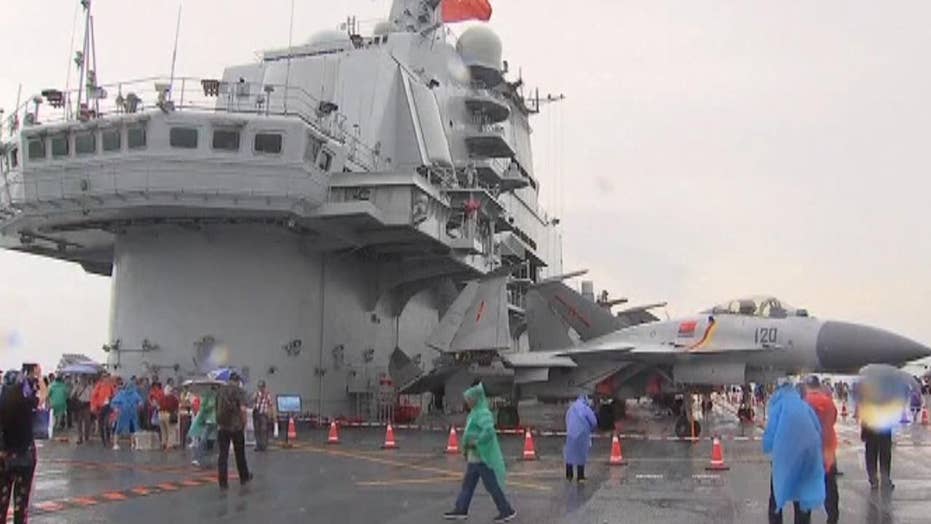 The Chinese aircraft carrier Liaoning on Wednesday, for a brief time, entered Taiwan’s defense zone and was being monitored, Reuters reported.

The carrier left Hong Kong before it entered in to the area. Taiwan said there was no reason to be alarmed. It is the fourth time the ship sailed in the vicinity. Taiwan has, in the past, scrambled fighter jets to follow the ship.

China's navy is undergoing an ambitious expansion and is projected to have a total of 265-273 warships, submarines and logistics vessels by 2020, according to the Washington, D.C.-based Center for Naval Analysis. That compares with 275 deployable battle force ships presently in the U.S. Navy, China's primary rival in the Asia Pacific, with the once-yawning gap between the two narrowing rapidly.

China says it needs a powerful navy to defend its 9,010 miles of coastline, as well as its crucial maritime shipping routes.

However, it also appears increasingly willing to challenge actions by the U.S. - long the region's pre-eminent military power - especially in the South China Sea, which China claims virtually in its entirety.

Beijing has also long nurtured resentment against Japan over its past invasion of China, and their dispute over a group of tiny, uninhabited islands in the East China Sea has at times threatened to break out into open confrontation.