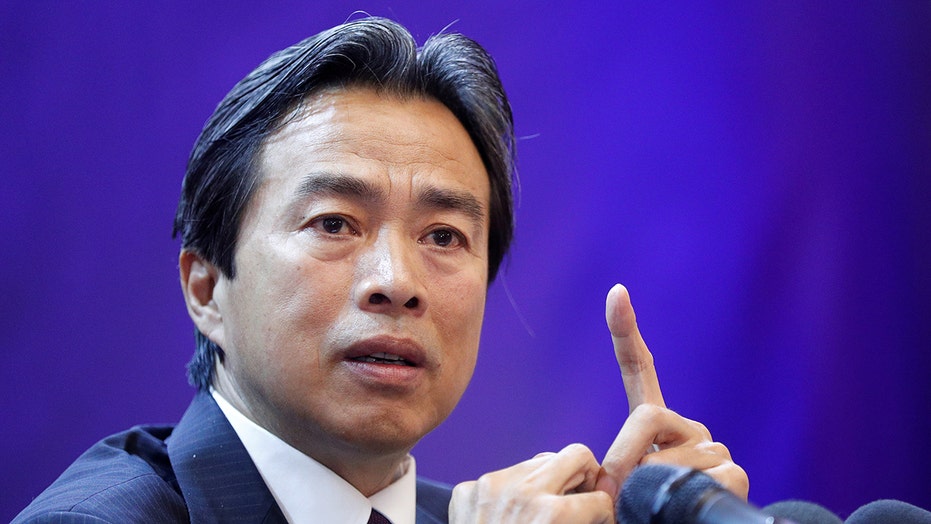 China’s ambassador to Israel was found dead inside his home north of Tel Aviv on Sunday, the Israeli Foreign Ministry said.

Du Wei, 57, arrived in Israel in mid-February amid the coronavirus outbreak and was living in the coastal city of Herzliya on the outskirts of Tel Aviv. He previously served as China’s envoy to Ukraine.

Staff found Du unresponsive in his bed with no signs of violence to his body, the Haaretz daily reported. Initial media reports said Du’s cause of death appeared to be from a cardiac incident.

An Israeli policeman cordons off an area near the house of China's ambassador to Israel, Du Wei, in Herzliya, north of Tel Aviv, on Sunday. REUTERS/Nir Elias - RC28QG94RYQO

Chinese officials did not immediately comment on Du’s death.

Du is survived by his wife and son, both of whom had not yet arrived in Israel.

When he arrived in Israel on Feb. 15, Du underwent a 14-day home quarantine due to the government’s coronavirus restrictions, the Times of Israel reported.

Du Wei previously served as envoy to Ukraine before his appointment as ambassador to Israel. (Reuters/Valentyn Ogirenko, File)

On Friday, Du condemned comments by visiting U.S. Secretary of State Mike Pompeo, who denounced Chinese investments in Israel and accused China of hiding information about the coronavirus outbreak.

Du had defended China amid the outbreak, telling Israeli newspaper Makor Rishon in an interview last month that China was a “responsible, rule-abiding and trustworthy country” that was being made into the world’s scapegoat for the pandemic.

"In history, more than once, a certain group of people was accused of spreading pandemics," he said. "That is despicable and should be condemned. The disease is an enemy of the entire humankind and the world should fight it together."