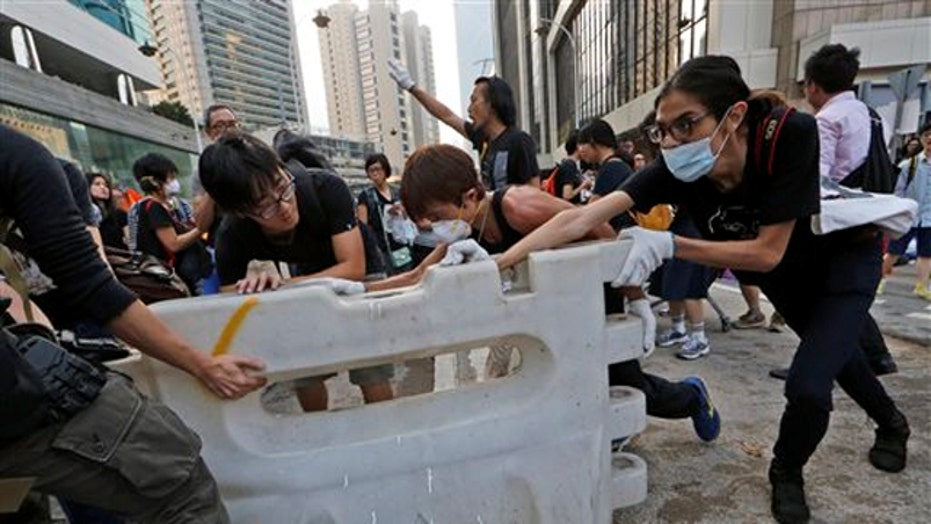 Dr. Michael Pillsbury gives his take on whether compromise can be achieved between the government and protesters

“We have a large consulate there that’s in charge of taking care of the Hong Kong Policy Act passed by Congress to insure democracy in Hong Kong, and we have also funded millions of dollars of programs through the National Endowment for Democracy … so in that sense the Chinese accusation is not totally false,” said Pillsbury, author of the upcoming book, “The Hundred-Year Marathon: China's Secret Strategy to Replace America as the Global Superpower.”

The continued protests seem to present a real problem for Chinese President Xi Jinping. The protesters have tried to directly appeal to Xi to resolve the political standoff.

“Over the weekend, they have been asking for him [Xi] to reply to their open letter … to try and make President Xi responsible for democracy in Hong Kong in the future; this is a very shrewd move,” said Pillsbury. “They are trying to draw President Xi into this and he very much wants the Hong Kong government to be in charge and separate himself from the demonstrations.”

A crowd angry at the democracy protesters tried Monday to charge the protest barricades in an effort to reopen local roads.

Pillsbury, a former Reagan administration official, sees these groups attacking the protesters as “mysterious” and a dangerous development.

He suggests that they are “maybe coming in from the outside [Mainland China], like [Vladimir] Putin sending forces mysteriously into Ukraine and denying that he is doing it.”