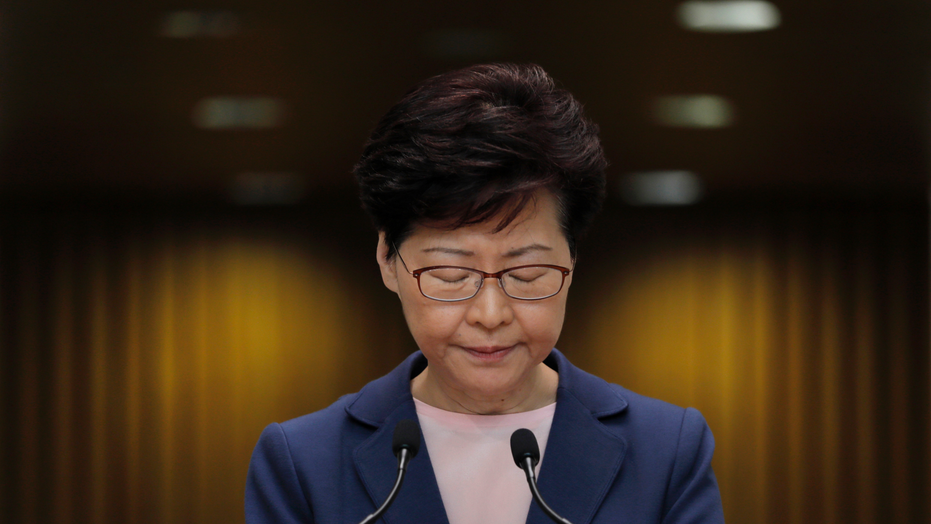 Sources “briefed on the deliberations” said Lam’s successor would be installed by March and serve the rest of her term until 2022, if Chinese President Xi Jinping decided to move forward with the plan. Lam was appointed for office in 2014 despite the fact her rival for the job, John Tsang, was far more popular with the general public, according to the Financial Times.

The Financial Times reports that China wants the situation to stabilize before making a decision on Hong Kong's leadership, as it doesn’t want to be seen as giving in to violence. Protesters have said they will not end protests until the chief executive and legislators are chosen in democratic elections, an option which has not been considered by the communist Chinese government.

Lam’s policies have sparked five months of violent protests. Hundreds of thousands have taken to the streets since June, originally over an extradition bill that would have allowed Hong Kong nationals to be sent to mainland China to be tried in Communist party-controlled court, and now demanding political reforms and police accountability.

Lam was later forced to drop the bill. The suspect who prompted the bill's proposal by allegedly committing murder in Taiwan and then returning to Hong Kong, evading prosecution without an extradition agreement, reportedly wants to hand himself over to the authorities.

Hong Kong demonstrators believed the bill was indicative of a broader encroachment on the democratic freedoms promised to their territory in 1997 when it was handed over to China by Great Britain.

In July Lam reportedly had offered to resign but Beijing forced her to stay on. Both the Hong Kong and Chinese governments later denied that she had asked to step down.

Last month Reuters obtained a leaked audio recording in which Lam said “for a chief executive to have caused this huge havoc to Hong Kong is unforgivable.” “If I have a choice, the first thing is to quit, having made a deep apology,” she added.

On Oct. 4, Lam used emergency powers to bypass Hong Kong’s Legislative Council and enact a law which banned protesters from wearing masks during public demonstrations, punishable by up to one year in prison. The move only exacerbated the violent demonstrations, and as a result Hong Kong’s entire rail network was shut down for 48 hours. Protesters immediately rejected the ban, some even donning masks with Lam’s face, or that of U.S. basketball star LeBron James due to his recent statements sympathetic to the Chinese government.