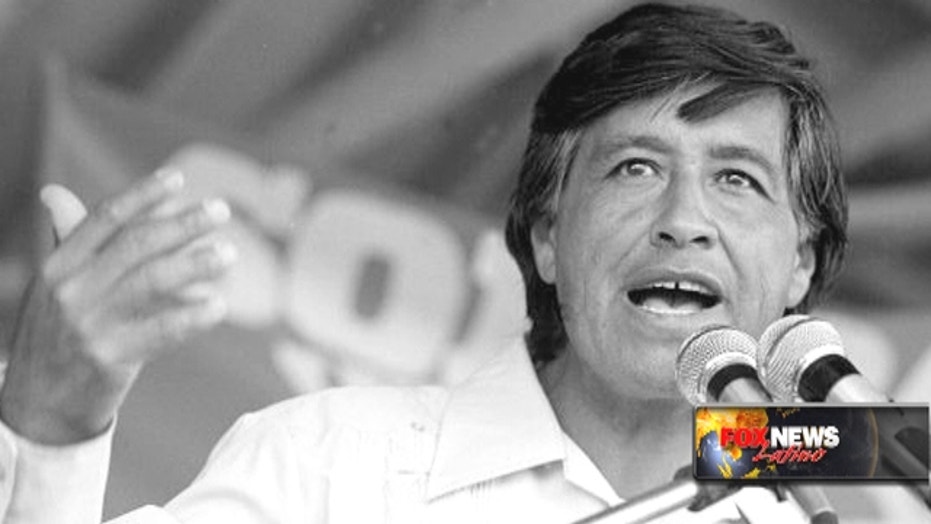 Cesar Chavez: 5 Things You Didn't Know About His Life

Despite being arguably the most important Latino leader in U.S. history, here are five things you didn't know about Cesar Chavez that'll blow your mind.

Cesar Chavez is an American hero who ignited one of the greatest social movements of our time. His non-violent activism was the first real example of the significant influence Mexican Americans and Latinos in general can have on society.

His birthday is on March 31st and a movie dedicated to his life was released this week. Here are five things you didn't know about the man who is arguably the most important Latino leader in U.S. history.

Miriam Pawel, author of the recent biography "The Crusades of Cesar Chavez," sat down with Fox News Latino and revealed these fascinating tidbits.

5.) He sold Christmas trees on a lot in San Jose.

In 1956, he worked for a community service organization. He did his training as an organizer. It's where he learned how to do things from the ground-up and organize people one by one.  He rented a [Christmas tree] lot. He found the wood to setup the trees. He drove to Oregon. He loaded the trees at 1 in the morning on a truck himself, he sold them, and in the end they lost a lot of money. He learned from that, from then on, he was going to do things his own way and he wasn't going to have to work for people who made him sell Christmas trees on a lot in San Jose.

His second toe is longer than his first and that is what caused this great pain when he marched. You see these pictures of him, and that's an image he used to great advantage, the fact that he was willing to put himself and his body out there. He gave interviews in pajamas lying flat on his back because he couldn't sit up. It was a big part of his image.He had chronic back problems. He used the image of suffering, and of pain. He did the marches. He did the fast, and at one point he was flat on his back in bed and he couldn't get up and John F. Kennedy's personal doctor came to examine him and told him that he was very uneven. His left side was a lot bigger than his right side. He also had this abnormality, which is very prized by artists like Michelangelo and that's why it's called the Venus de Milo foot.

3.) He sometimes gave orders standing on his head.

He was an early practitioner of yoga. This is part of the ways in which I think he was very visionary. He was visionary in seeing that Latinos were going to become the majority and were going to run cities where they had previously been in powerless positions across California. He also did a lot of other visionary things. He was a vegetarian. He believed in organic food. He had composting, and this was all in the early 1960s. And he was a big practitioner of yoga and one of the things he did that sometimes disconcerted people was to give orders, or to get briefed for depositions, while doing headstands.

In 1974, as part of a boycott, he traveled to Europe. This is a scene depicted in the current movie, where he was by himself, but he wasn't by himself. He was with a whole bunch of people including some of the top religious leaders in this country who arranged an audience with the Pope. This was a tremendous moment in his life to actually meet the Pope. He gave him the UFW flag that said Huelga on it. He tried to have a picture taken with the pope. When the pope understood what the word Huelga meant, that picture was never released.

1.) He explored establishing a religious order for farm workers.

This comes towards the end of the United Farm Worker's time, once it was a really successful and established union and he struggled. He struggled throughout with finding a cross between a movement and a union and ultimately felt the movement was more important and went off to exploring cooperatives and communes. As part of that, he had his top religious advisors talk to the Catholic Church about whether it was possible to setup a religious order for farm workers. He wanted to setup a community called Los Menos, 'the least,' from the biblical reference. That never materialized nor did the religious order for farm workers but that was part of his dream.