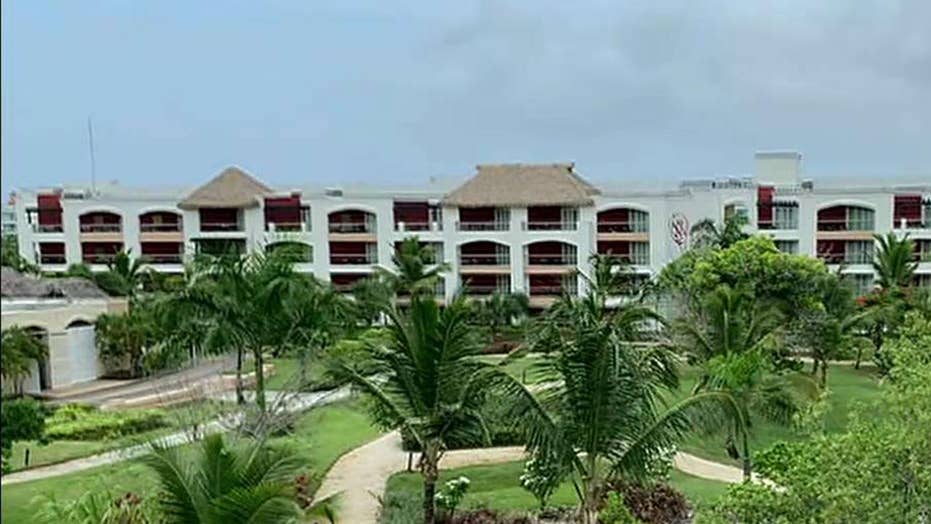 A Canadian woman who stayed at a Bahia Principe resort in the Dominican Republic in 2016 alleges that she fell critically ill after being exposed to a strong chemical odor in her room, and that she has battled multiple health problems ever since.

Tina Hammell told CNN in an interview that the smell in her room at the Grand Bahia Principe Punta Cana resort woke her and her husband from a nap.

"It was so strong that I was burning and coughing, and it was very upsetting," she told CNN, adding that she was moved to another room, which made no difference.

Hammell said that her symptoms quickly worsened, sending her into convulsions.

"I remember my muscles, my hands all turned in and my legs came up, I just was spasming and I lost consciousness," Hammell said.

Hammell is one of several people who have come forward to tell reporters about having fallen ill -- sometimes requiring hospitalization -- while at a resort in the Dominican Republic.

Many said they were prompted to tell their stories after reading about a rash of U.S. tourist deaths on the island -- which Dominican authorities attribute to natural causes.

The State Department has confirmed the deaths of nearly a dozen U.S. citizens whose families brought the cases to light and voiced doubts about Dominican authorities' insistence on citing natural causes. All but one visitor died in the last 18 months.

Three deaths in May, and one last year, occurred at resorts owned by Bahia Principe. All four U.S. tourists died in their rooms after suddenly falling critically ill. Two of the tourists were said to have died shortly after consuming a beverage from the room minibar. A Maryland couple who died May 30 were found dead by a hotel employee who went to their room after they'd failed to check out.

Meanwhile, a Colorado couple has filed a lawsuit against the resort company, which is based in Spain, alleging that they fell ill because of pesticides while staying at one of its hotels last year. Their description of a strong smell in their room and the onset of illness bears similarities to what Hammell claims to have experienced.

Hammell's condition deteriorated so much, CNN reported, that she was rushed to a hospital in the Dominican Republic and kept there for four days. CNN reported that Hammell's medical records from the hospital documented lesions on her lungs.

After the couple returned home to Ontario, CNN reported, doctors told her that she may have been poisoned by something in the Dominican Republic.

"I never had a breathing problem before, I never had asthma, I never smoked," Hammell said. "You know, we were healthy."

Her husband, John, said: "My wife was still having a hard time, basically breathing, staying alive. She just kept having these convulsions, and they just kept sticking needles into her. You don't want to lose anybody, especially your wife and children, and there was nothing I could do."

Ivan Alcantara, who handles public relations for the Bahia Principe Hotels & Resorts chain, told Fox News on Wednesday that the resorts are safe and that he is confident that investigations into some of the deaths -- including those of the Maryland couple and a Pennsylvania woman who died in her room at a Bahia Principe resort just five days before they did --by Dominican authorities and the FBI will support that natural-causes conclusion.

Dana Barr, a professor at Emory University, Rollins School of Public Health, told The New York Times that the death of the Maryland couple in the same room at nearly the same time is so extraordinary that something such as a poisoning -- by pesticides, for example -- could explain it.

“Some of the earlier cases did seem to be consistent with organophosphate poisoning,” The Times quoted Barr as saying. Barr said pesticides or other chemicals sprayed in a room or in an area nearby could result in exposure if the substance gets into a vent or air-conditioner.

The Colorado couple said they opted to file suit after the resort denied their request that they name the chemicals used in gardening or refund their money.

"As soon as we came back to the room, we noticed it smelled like somebody had dumped paint everywhere," Kaylynn Knull said to the Denver Channel. "We were drooling excessively. My eyes would not stop watering."

She continued: "That night, we both woke up soaked in sweat at like 4 in the morning and kind of terrified. And we booked a flight home before the sun came up."

They said that once they were back in the U.S., a doctor diagnosed “likely organophosphate poisoning,” referring to pesticides. Knull speculated that the chemicals are used on plants around the property.

"So many people are coming forward with allegations," Alcantara said. "Did she sue, like the couple from Colorado? We're not going to address every single story that people tell about getting sick at Bahia Principe hotels. We'll address them in a legal arena when someone sues, like the Colorado couple did. The litigation process will try to find if there was negligence on the part of the hotel, and then a judge would have to make a decision."

"And if her doctor told her what she says he did, why did she wait so long to denounce the hotel?"

The FBI is running toxicology tests at its Virginia research center on blood samples from the Maryland couple -- Edward Holmes, 63, and Cynthia Day, 39 -- and the Pennsylvania woman, Miranda Schaup-Werner, 41. The FBI also has sent a small team to the Dominican Republic.

Dominican authorities told Fox News they had tested food, beverages, pool water and air-conditioning in the resorts where people have died.

The toxicological results either will put an end to this chapter and we can move on, or it will lead to something else and we will have to address it. We want this to be done, we really want to be able to close this chapter.

Alcantara said that of most importance are the results of the toxicological tests by the FBI and the local authorities.

"The deaths of the couple and Miranda are the ones that really put this in the international spotlight," he said. "We're waiting for the authorities to conclude their tests. When they report the results, and if there's a relation, a link among the deaths, a pattern -- which right now we don't see, and don't believe there is -- then we'll have an official response. The toxicological results either will put an end to this chapter and we can move on, or it will lead to something else and we will have to address it."

"We want this to be done, we really want to be able to close this chapter."

Dominican authorities have said autopsies indicated all the tourists died of natural causes, and that they were isolated incidents, but the families said they had doubts. Some have hired lawyers and plan additional autopsies and tests in the United States.

Asked if there have been other tourist deaths on Bahia Principe properties in the Dominican Republic, Alcantara declined to respond.

Despite multiple requests, the State Department has not provided Fox News with an answer to how many U.S. tourists have died in the Dominican Republic in recent years. In emails, the government agency has directed reporters to U.S. tourist death statistics on its website, but the data excludes deaths that are attributed by Dominican authorities to natural causes.

The U.S. and Dominican governments, as well as those in the tourism industry, nonetheless repeatedly cite the incomplete website statistics to show that there are few deaths of U.S. tourists compared to the more than 2 million who visit each year  -- some 15 a year.

"Our properties get about 700,000 tourists each year," Alcantara said. "We're completely booked. Our guests are having a great time, they're enjoying the beach. No one is dying."