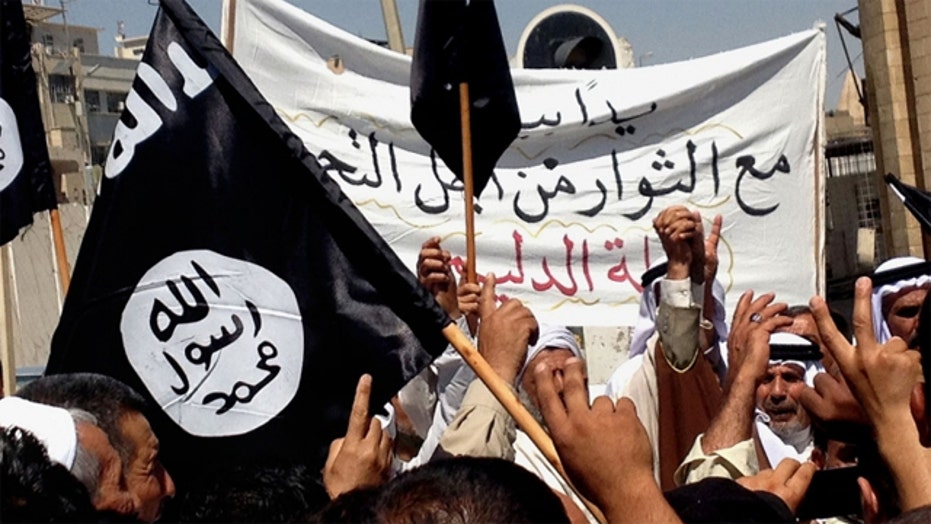 Reaction from The Hill's Bob Cusack

The case is linked to the arrest of three men in Ottawa last month. It involves alleged recruiting for the Islamic State group and Canadian John Maguire, a fighter who appeared in an IS propaganda video overseas and who reportedly might have been killed recently.

Police announced they arrested Awso Peshdary, 25, and charged him with participation in the activity of a terrorist group and with facilitating an activity for a terrorist group. The Royal Canadian Mounted Police also laid terrorism charges in absentia against Khadar Khalib, 23, and Maguire, 24. Both travelled to Syria or Iraq and remain at large.

RCMP Chief Superintendent Jennifer Strachan said while there have been recent reports saying that Maguire was killed in Syria, the RCMP has not received conclusive evidence confirming that he is deceased.

A senior police official said Peshdary, the man arrested in Ottawa, and was the subject of a prior police terror investigation but said police didn't have enough evidence to arrest him then. The official spoke on condition of anonymity because he was not authorized to speak ahead of the planned announcement Tuesday. The Associated Press first released details of the arrest and charges against the three men.

Carlos Larmond was arrested at Montreal's airport on charges of intending to travel overseas for terrorist purposes. A separate government official familiar with the matter said that the brothers were trying to get to Syria. The official, who spoke on condition of anonymity because he wasn't authorized to speak publicly, earlier confirmed the latest charges includes an arrest and also involved people who are outside Canada.

"It's a cell in Ottawa. Their focus seems to be on overseas activities, not on carrying out terrorist acts at home," the government official said.

Maguire appeared in a polished propaganda video in December urging Muslims to launch indiscriminate attacks against Canadians, similar to those carried out in October in Ottawa and St-Jean-sur-Richelieu, Quebec.

In October, Canada was hit by two terror attacks by so-called "lone wolves" believed to have been inspired by the Islamic State group. In Ottawa, a gunman shot and killed a soldier at Canada's National War Memorial and then stormed Parliament before being gunned down.

The attack in Ottawa came two days after a man ran over two soldiers in a parking lot in Quebec, killing one and injuring the other before being shot to death by police. The man had been under surveillance by Canadian authorities, who feared he had jihadist ambitions and seized his passport when he tried to travel to Turkey.

Canada is taking part in the U.S.-led campaign against Islamic State extremists in Iraq and Syria.