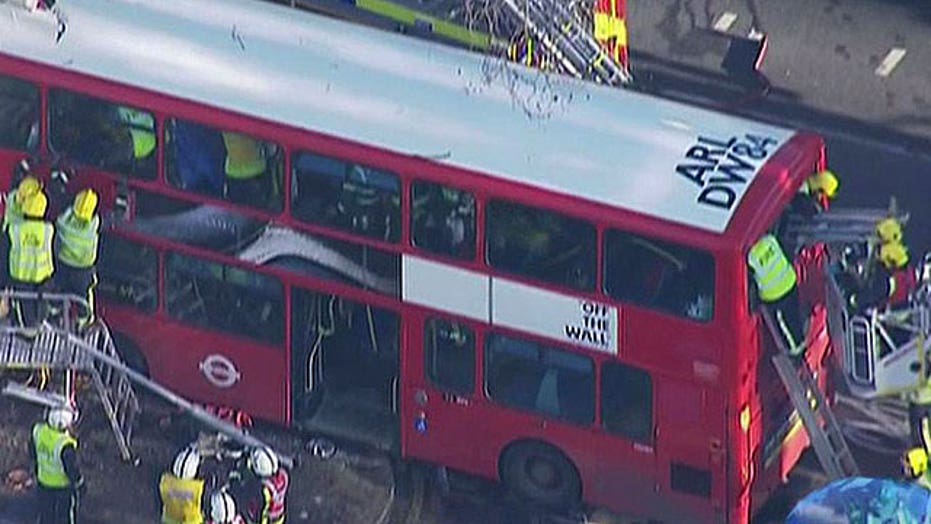 Several passengers were trapped in the mangled wreckage after the bus crashed into a tree, according to a Sky News report. Emergency services had to cut through the bodywork of the bus to free passengers from the contorted vehicle.

“The actual floor of the bus was starting to collapse and we had to shore that up," Clive Robinson from the London Fire Bregade told Sky.

Rescuers and paramedics treated the injured at the scene. Two people—including a 19-year-old woman—are in critical condition, police said. Kevin Brown of the London Ambulance Service said some casualties suffered bumps and bruises while others had serious head and limb injuries.

An investigation into the cause of the crash is expected.