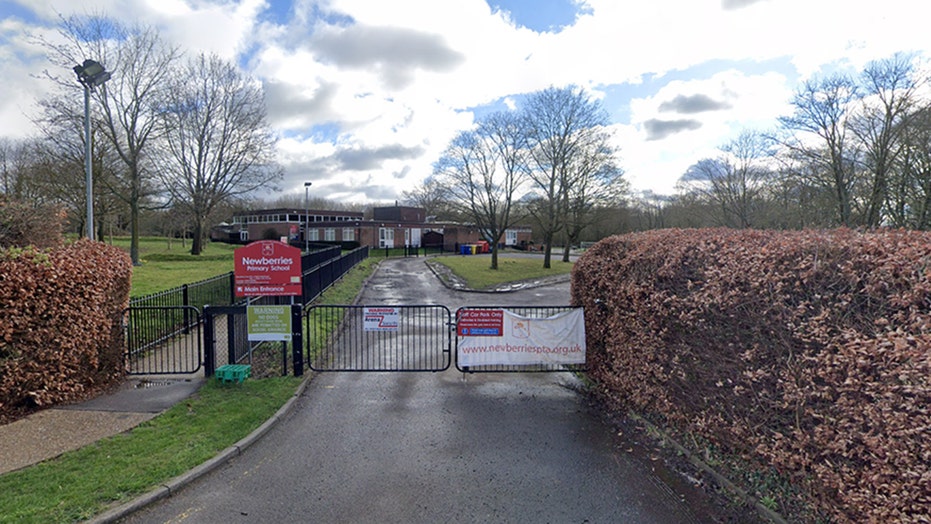 A grade school teacher in southern England was fired after she reportedly told her Jewish students she would “ship them off to the gas chambers” if they did not finish their homework.

The unidentified teacher was fired Friday – just a day after she reportedly made the anti-Semitic remark to her students at Newberries Primary School in Hertfordshire.

The teacher was in class with more than two dozen 10-year-olds – 11 of whom are Jewish – when she reportedly said: “You better finish off your work quick, or I’ll ship you off to the gas chambers.”

A teacher at Newberries Primary School in Hertfordshire, England, was fired after telling her Jewish students she would "ship them off to the gas chambers" if they didn't finish their school work. (Google)

One of the students in the class purportedly challenged the remark by the teacher, who said she was “joking” and apologized. Parents told the Mail Online that she asked the students not to tell anyone about her remark.

However, students informed their parents and it quickly spread to school WhatsApp groups, before reaching administrators at the school. Some parents threatened to withdraw their children unless the teacher was dismissed.

The school’s board of governors held an emergency meeting last Thursday night and the teacher was fired the next day.

A spokesperson for the school confirmed the incident, telling Mail Online that once they were made aware of the “racist comment” they acted immediately. The spokesperson said that the school’s governors and leadership team were undertaking a full investigation.

The school has 203 students, ages 4 to 11. Hertfordshire is a commuter village about 28 miles north of London, where around a quarter of the 8,000 residents identify as Jewish.

An unnamed parent praised the school’s quick actions, saying they “made it clear they wanted to deal with the situation without delay.”

“They did not seek to dispute the suggestion that the teacher had made the reference to ‘gas chambers.’ The fact that the woman was sacked the following day says everything you need to know.”

In a newsletter to parents, the school said it was “doing all it could to embrace and celebrate diversity” and that it would be inviting religious leaders from different faiths to speak to the children.

“This year we are asking particularly for the focus to be on strengthening the important messages of religious tolerance and respect,” the school said.