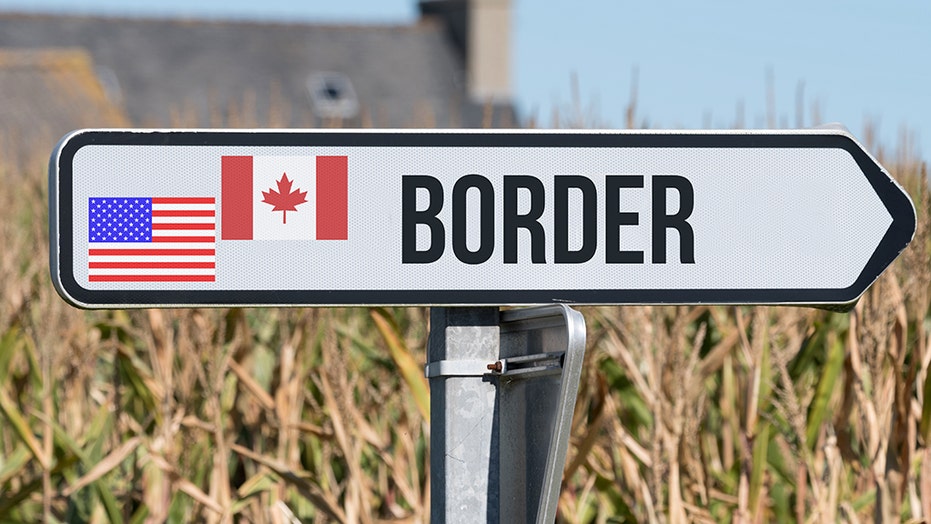 Members of a British family who claim a wrong turn led them to accidentally cross the Canadian border into the U.S. earlier this month were previously denied authorization to enter America, border officials said.

Eileen Connors, 24, and six other people — including her husband, David Connors, his cousin, and three children — were detained in the U.S. on Oct. 2 after they illegally crossed the boundary separating Vancouver, British Columbia from the U.S. The family says they were visiting relatives in Canada at the time and ended up on an unmarked road that crossed into the U.S. after their car swerved to avoid hitting an animal.

RELATED: BRITISH FAMILY DETAINED AFTER MAKING WRONG TURN ON VACATION IN CANADA, CROSSING BORDER INTO US

Eileen Connors wrote in a sworn statement obtained by the Pittsburgh Post-Gazette that her family soon found itself surrounded by multiple police cars and U.S. Border Patrol agents. Connors said they asked agents "if we could simply turn around and the officer said, 'No.'"

“We kept repeating we did not want to be here," wrote Eileen, who was detained along with her three-month-old child. "We were detained anyway and treated in a way that no human deserves to be treated."

The 5 biggest misconceptions at the border

Bridget Cambria, a lawyer for the Connors, told The Philadelphia Inquirer the family "had no idea they had crossed any boundary. They had no idea they were even in the United States. They were just trying to get back to their hotel."

But immigration officials say the Connors didn't make a mere navigation error, with Customs and Border Protection agents telling Fox News in a statement Wednesday that authorities first spotted the vehicle around 9 p.m. on Oct. 2 and proceeded to track it through video surveillance as it drove on Avenue 0 in Canada before it "turned south and entered the U.S. illegally, by slowly and deliberately driving through a ditch onto Boundary Road in Lyndon, Washington."

Officials say the car continued to travel west on Boundary Road before the vehicle was finally pulled over by a Border Patrol agent "a short time later." All seven people inside the car were identified as citizens of the United Kingdom, and were arrested for entering the U.S. illegally.

Immigration officials said that, while the family members were being processed, records revealed two adults in the group had been "previously denied travel authorization to come to the United States."

The Connors claimed they did not want to be in the U.S. and wanted to go back to Canada, but that request was denied, too. CBP told Fox News that "attempts were made to return the individuals to Canada, however, Canada refused to allow their return."

Connors also claimed her family was not allowed to contact their consulate while in custody — a charge officials also dispute, saying "two attempts to contact the United Kingdom consulate were unsuccessful."

After they were processed by CBP, the family was turned over to Immigrations and Customs Enforcement on Oct. 3. As of Wednesday, the group was being held at the Berks Detention Center in Leesport, Pa., an ICE-run facility where detained families are held.

Connors said immigration officials initially told them they could be released into the custody of a family member in the U.S., but then they were informed they were not being released, and instead had to remain in detention. Eileen said they were forced from cells into a van in a scene she described as being similar to "an abduction or kidnapping."

Cambria told the Inquirer the family will most likely be deported back to the U.K., but said she hasn't received such paperwork and it wasn't clear to her what charges have been filed against the Connors.

ICE told Fox News on Tuesday the agency "has ensured the Connors have had access to United Kingdom consular officials while in ICE custody," and that it takes roughly two weeks to process an "expedited removal to the U.K."