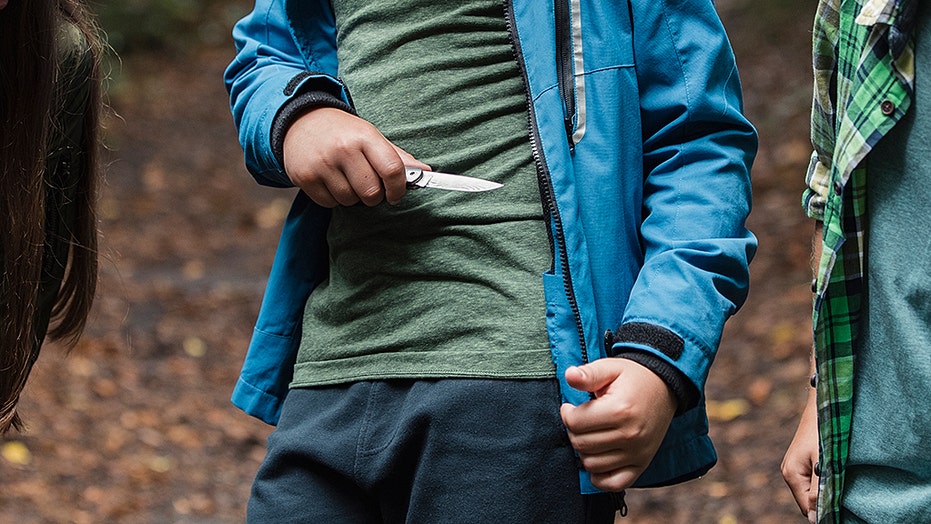 The knife crime “epidemic” plaguing England and Wales has infiltrated the classroom, where more than 1,300 students – including a 4-year-old child – have been caught carrying weapons at school.

New figures, obtained by the Press Association during a Freedom of Information request, showed that 1,383 students across England and Wales were found carrying some form of a weapon between April 2018 and August 2019.

The weapons included knuckledusters, a hammer, a machete, a bayonet, a Taser, a gun and even in one case, a teenager armed with a sword, Sky News reported.

In one case, a Cambridgeshire student was caught with a fidget spinner fitted with a spike.

School leaders said that the figures – which are probably higher – were “grim but unsurprising.”

The figures showed that some 1,072 instances of children caught carrying weapons into schools were declared by 29 police forces in the two countries over the last fiscal year, up from 831 in the previous 12 months. Pictured is the HQ of London's Metropolitan Police

“[They] reflect a growing problem over the prevalence of weapons in wider society,” said Geoff Barton, general secretary of the Association of School and College Leaders. “Schools are doing their best to tackle these problems, but they cannot possibly solve this issue on their own. They need more back-up in the form of well-resourced community support services and more investment in policing.”

The figures showed some 1,072 instances of children caught carrying weapons into schools were declared by 29 police forces across England and Wales over the last fiscal year, up from 831 in the previous 12 months.

Between April and August 2019, there were another 311 incidents, with 49 of those involving children below the age of 10, which is the age of criminal responsibility in England and Wales.

“Serious violence is a growing problem amongst young people and we continue to work closely with partners to address this,” Chief Constable Olivia Pinkey of the National Police Chiefs’ Council, told Sky News.

According to the figures, on average, five weapons were seized every day of the English school year.

These staggering figures come amid a growing epidemic of knife and weapons violence in England and Wales.

In July, police said knife crime had reached a record high in 2018-19, with such offenses increasing by at least 8 percent.

The data released by the Office for National Statistics (ONS) show that there were 43,516 police-recorded offenses involving a knife or sharp instrument, the highest figure since such records began in 2011.

This data doesn’t take into account the crimes recorded by Scottish authorities and the Greater Manchester Police, which patrols parts of the 9th largest city in Britain.