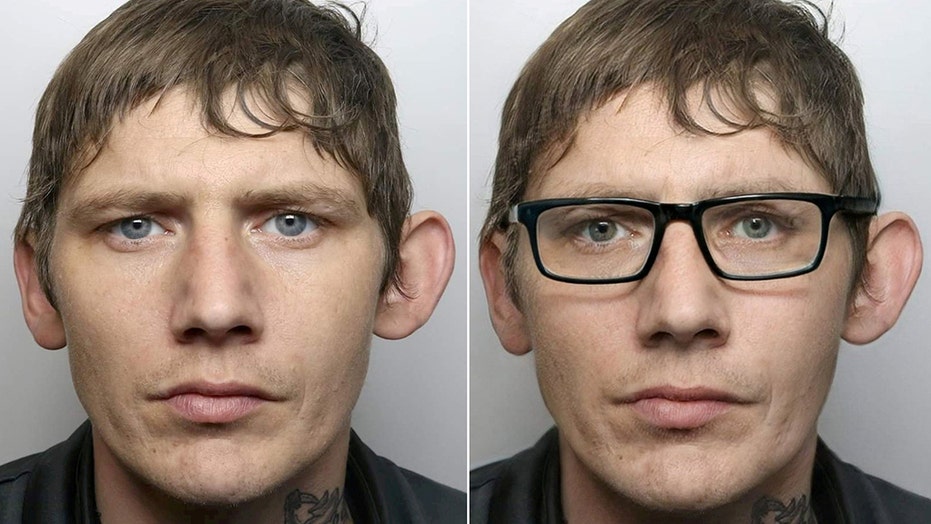 A robbery suspect in England thought he could evade authorities with a new look: a pair of glasses.

David Springthorpe, 30, was wanted for allegedly shoplifting and violating a court order when he recently came into contact with a police officer in South Normanton. A "short chase" ensued, and he was detained, authorities said.

Springthorpe - a white man with blue eyes, brown hair, wide ears, and a notable neck tattoo - tried to disguise himself by wearing a pair of black-rimmed glasses. That, the Alfreton Police wrote on Facebook Tuesday "was not quite cunning enough to outsmart the team!"

David Springthorpe, 30, apparently thought he could fool police by changing up his look with a pair of glasses. (SWNS)

FLORIDA MAN ASKS POLICE TO REMOVE MUGSHOT FROM FACEBOOK AFTER THEFT, ONLY FOR THEM TO REPLACE IT WITH BOOKING PHOTO

"A pair of glasses not going to disguise that ear," one commenter ridiculed about Springthorpe's look change. "You would think he would've kept an ear out," another user wrote.

Springthorpe was convicted of theft for stealing perfume gift sets, according to Metro UK, and sentenced to a 30-week jail sentence.