Brazil's deeply divisive president is under fire for posting a graphic video of two men at Carnival urinating on one another, before following up with a tweet asking his 3.5K followers: “What is a golden shower?”

Jair Bolsonaro, known for his racist, homophobic and misogynistic remarks, claims he posted the X-rated video in order to “expose the truth so that people are aware and can take precaution.”

“This is what many street processions have become in Carnival. Draw your own conclusions,” he tweeted.

The remark quickly garnered tens of thousands of comments, with many sharply critical of the post. One tweet by journalist Fabio Pannunzio, asked Bolsonaro to seek “medical help urgently.”

As a congressman for 28 years, Bolsonaro frequently made disparaging comments about the LGBT community, women, indigenous groups and other minorities.

While such comments always draw sharp criticism, they also get Bolsonaro plenty of media attention and feed the leader’s narrative as being somebody unencumbered by questions of political correctness. 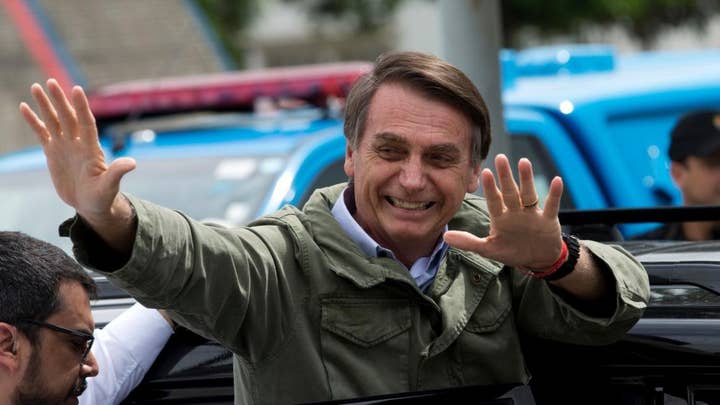 Brazil’s Carnival is famed for its anything-goes atmosphere, and Sao Paulo alone had more than 500 street parties, called “blocos,” during Carnival. Many such parties nationwide involve heavy drinking, dancing and people in scant clothing.

Many conservatives like Bolsonaro have long pushed back against Brazil’s Carnival celebrations, seeing them as heathen.

WHAT BRAZIL'S BOLSONARO WILL LIKELY TACKLE IN FIRST MONTHS

Critics say Bolsonaro lashed out at the festival this year because the far-right president himself was one of the main targets of revelers’ mockery this week’s Carnival, a time when samba schools and organizers of thousands of street parties traditionally take politicians to task.

Bolsonaro was elected Brazil’s president last October on promises to overhaul many aspects of Latin America’s largest nation. He promised to crack down on endemic corruption and street crime.

Bolsonaro, a President Trump supporter, has argued that police who fatally shoot criminals should be decorated, not prosecuted. He’s also backed a plan to arm citizens and claimed he would pull Brazil from the Paris agreement on climate change – though he backpedaled after winning the election.