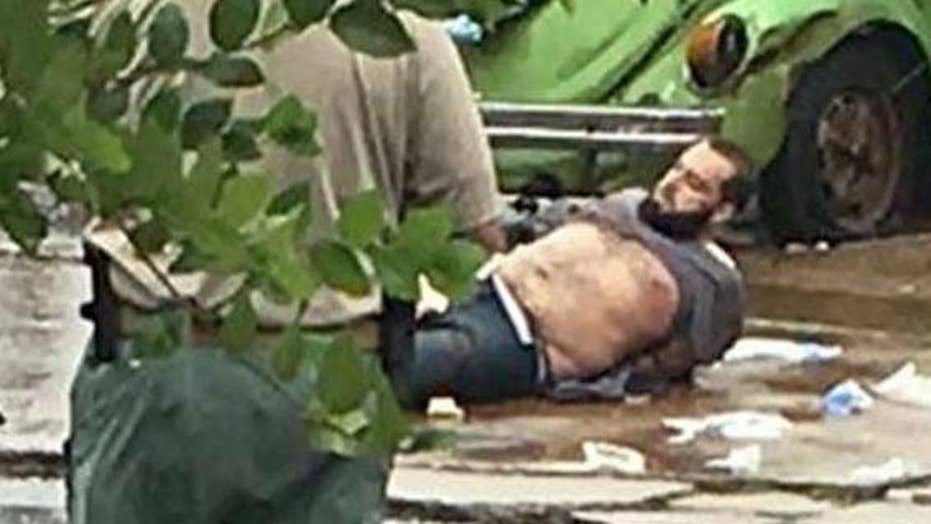 The wife of the Afghan-born man suspected in the series of bomb blasts in New York and New Jersey was arrested in the United Arab Emirates on Monday, U.S. officials revealed, as investigators worked to determine how much she may have known about her husband's actions.

Ahmad Khan Rahami's wife, who was not named, had flown from the U.S. to Pakistan days ago, the Los Angeles Times reported. She reportedly married Rahami within the past few years before moving with him to the U.S.

Investigators said Rahami himself had made several trips to Afghanistan and to Pakistan, including the Taliban stronghold of Quetta, in recent years. "I'm always interested in who he met with, who he talked to. Was he radicalized over there? One thing is clear... something happened to him when he went overseas," the chairman of the House Homeland Security Committee, Texas Rep. Mike McCaul, told "America's Newsroom" on Tuesday.

Rahami, 28, a Muslim U.S. citizen born in Afghanistan, lived with his family in Elizabeth, New Jersey, according to investigators. William Sweeney Jr., the FBI's assistant director in New York, said there was no indication so far that the bombings were the work of a larger terror cell.

Rahami wasn't on any terror or no-fly watch lists, though he had been interviewed for immigration purposes traveling between the U.S. and Afghanistan, one of the law enforcement officials said.

Rahami and his family lived above their restaurant -- called First American Fried Chicken -- and the family has clashed with the city over closing times and noise complaints, which the Rahamis said in a lawsuit were tinged with anti-Muslim sentiment.

The lawsuit was terminated in 2012 because one of Rahami's brothers had pleaded guilty to blocking police from enforcing closing hours at the restaurant.

A childhood friend, Flee Jones, said Rahami had become more religious after returning from a trip to Afghanistan several years ago. Still, some of the family restaurant's customers said Rahami was more likely to talk about his interest in cars than to mention faith.