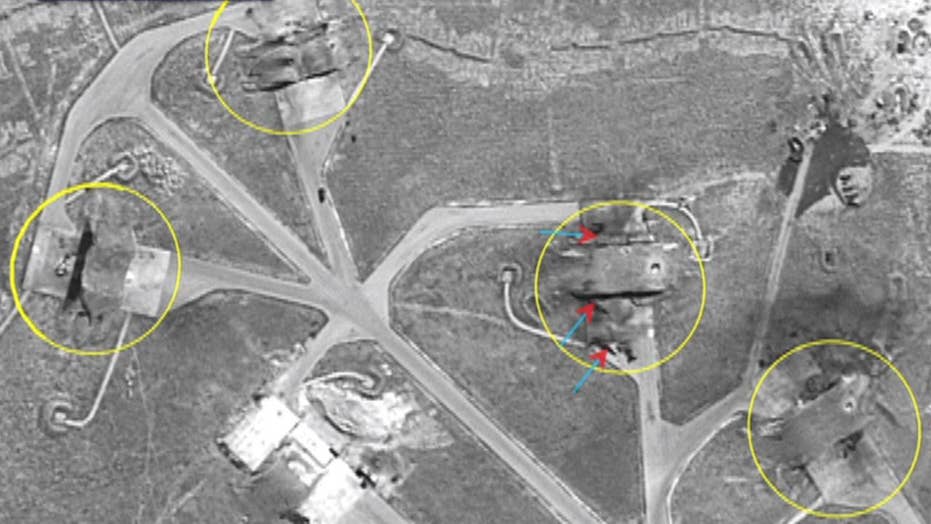 Destruction from US strike on Syria seen on satellite images

The young refugee girl whose tweet about her experiences in Syrian civil war captivated much of the world earlier this year, turned back to Twitter Friday to declare her support for President Donald Trump.

Seven-year-old Bana Alabed, who lives in Turkey after escaping war-torn Aleppo, tweeted that she "welcomed" the U.S. airstrikes on the Shayrat air base.

"I am a Syrian child who suffered under Bashar al Asad & Putin. I welcome Donald Trump action against the killers of my people," Alabed wrote on Twitter.

She followed the comment with a series of tweets explaining why she supported the missile strike.

"Putin and Bashar al Asad bombed my school, killed my friends & robbed my childhood. It's time to punish the killers of children in Syria," she said.

"We don't want WORLD WAR THREE. we don't want the war in Syria. let's stand together & end all wars."

Trump authorized 59 missiles to strike an air base southeast of Homs in retaliation to a chemical attack in northwest Syria that killed more than 80 people.

Alabed had directly tweeted at Trump the Tuesday of the deadly chemical attack asking, "Do you love this?"

Friday's tweet was the first time the girl has shown support for Trump's actions. Alabed previously criticized the U.S. president in February after he issued an executive order banning citizens and refugees from eight Muslim-majority countries from entering the United States.

My name is Bana, I'm 7 years old. I am talking to the world now live from East #Aleppo. This is my last moment to either live or die. - Bana

Alabed drew worldwide attention last year when her tweets detailing her life while living in East Aleppo went viral. With the help of her mother, she posted photos and videos showing the devastation she experienced, often updating her followers on if she was still alive.

YOUNG SYRIAN ACTIVIST REPORTEDLY SAFE AFTER FEARS OVER HER DISAPPEARANCE

Last December, Alabed was feared dead when her Twitter account was deleted and went silent on social media.

It was later confirmed she and her mother were evacuated from Aleppo and relocated to Turkey.