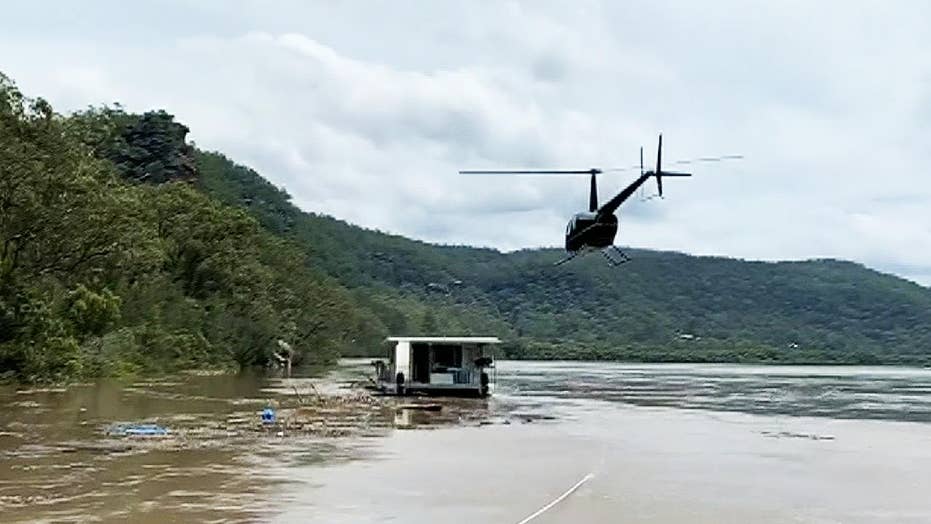 Helicopter lands on houseboat to help with water rescue in Australia

A flood rescue in Australia on Monday took a dramatic turn when a helicopter had to land on the roof of a houseboat in distress.

Marine Rescue Hawkesbury said on Facebook that one of its crews were called to assist a houseboat near Gunderman in New South Wales state. The houseboat had reportedly drifted about 18 miles down the river with a large tree lodged underneath the vessel, anchor and winch.

The region has seen torrential rain in the past week that has put out wildfires but also caused flash flooding.

Rescue officials said shortly after they arrived, the owner told them the houseboat was also used as a helipad, and a helicopter would be arriving shortly to assist.

The rescue crew then was able to witness the chopper touch down on the vessel.

A helicopter touches down on a houseboat in Australia that drifted down a flooded river on Monday. (Marine Rescue Hawkesbury)

"It’s not often we get to tow," the rescue service said. "Houseboat and a helicopter at the same time!"

Sarah Adair from Marine Rescue Hawkesbury told the Australian Broadcasting Corporation it was "an unusual experience for us" as the rescue service never had heard of a houseboat with a helicopter on top of it before.

"They were literally stuck, they couldn't go anywhere and it was a very, very large tree," Adair told the ABC. "The first thing we tried was to put a line around the stump of the tree and pull it off with our vessel but it actually snapped." 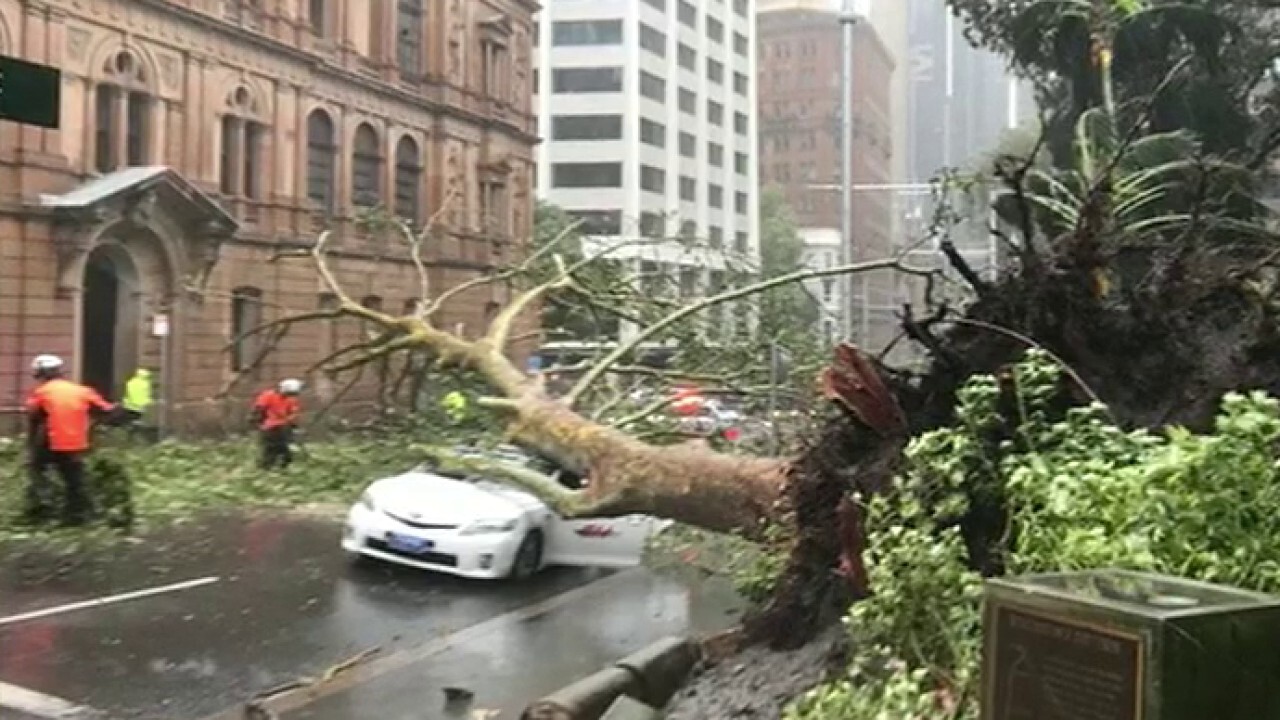 During the deluge over recent days, coastal areas have experienced some of the heaviest rainfalls, which has caused flash flooding in some places. Sydney, the central coast and the Blue Mountains received up to 16 inches since Friday, representing some of the heaviest falls in decades.

The New South Wales Rural Fire Service said Monday recent rains have "significantly assisted" in reducing fire activity across the state, where now some 26 bush and grass fires are still burning, with four not yet contained. The recent rain and flash flooding from the storms have extinguished 30 blazes, some of which were burning for months.