At least 19 people are dead after a ship carrying around 150 presumed migrants capsized in the Mediterranean Sea just off the northern coast of Cyprus, officials said Wednesday.

The Turkish coast guard said 103 passengers were rescued, and that another one was taken to a hospital in Cyprus for treatment of a serious injury.

Rescue teams said Wednesday that they were still searching the area – 16 miles off the Karpas Peninsula – for at least 25 missing passengers. While the nationalities of the passengers have not been confirmed, officials believe they were likely migrants. 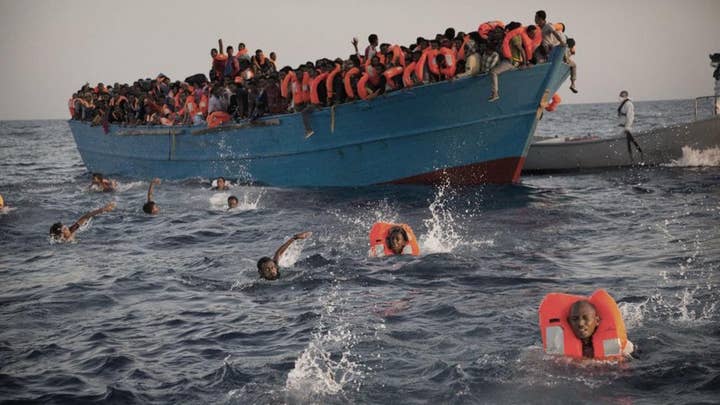 News of the drownings come just one day after a Spanish aid group alleged that the Libyan coast guard had abandoned three migrants, leaving a women and a toddler to die.

Proactiva Open Arms, an aid group, said Tuesday that after the two women and child refused to board a rescue vessel, they were abandoned when the boat they were on was destroyed by the Libyan coast guard.

A spokesman for Libya's coast guard responded to the group's criticism late Tuesday, saying guard members carry out rescues of Europe-bound migrants "in accordance with international standards in saving lives at sea."

Aid groups like Proactiva have been blocked from helping migrants in the Mediterranean, purportedly by being refused entry to ports or by having their vessels impounded.

Since 2015, millions of migrants have taken the dangerous trip through the Mediterranean in hopes of finding sanctuary in Europe, looking to escape conflict and poverty in the Middle East and Africa. At least 26 migrants died from January to May, making the perilous journey, Reuters reported.