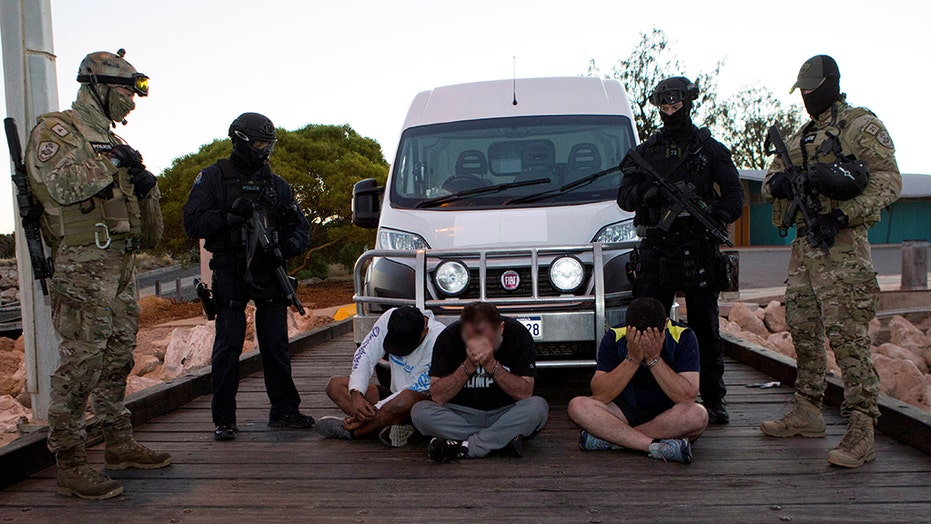 An Asian drug lord “in the same league as El Chapo” is wanted by authorities for operating a sprawling $17 billion a year Asia-Pacific crystal methamphetamine trade.

Tse Chi Lop, 55, a Chinese-born Canadian national convicted of heroin trafficking in New York two decades ago, was outed as the head of “The Company” international crime syndicate in a lengthy exclusive Reuters report Monday.

Law enforcement in four countries refer to Tse’s operation as “Sam Gor,” or Brother Number Three in Cantonese — one of his nicknames. His operation is responsible for funneling tons of methamphetamine, heroin and ketamine to at least a dozen countries, from Japan in North Asia to New Zealand in the South Pacific, authorities say.

Police officers stand around suspects arrested during an operation that, according to police, resulted in the seizure of 1.2 tons of methamphetamine in Geraldton, Australia, in 2017. (Australian Federal Police/Handout via REUTERS)

“Tse Chi Lop is in the league of (notorious Latin American drug lords) El Chapo or maybe Pablo Escobar,” Jeremy Douglas, the Southeast Asia and Pacific representative for United Nations Office on Drugs and Crime told Reuters. “The word kingpin often gets thrown around, but there is no doubt it applies here.”

Tse served nine years after his conviction in New York for heroin smuggling, avoiding a life sentence after telling the judge about his ailing parents and sick son, the report said.

He was released in 2006. Ten years later he was atop the Sam Gor network, according to a 2019 U.S. Drug Enforcement Administration alert.

A Tse minion arrested in Myanmar in 2016 was in possession of a cellphone showing a bound man being tortured with a blowtorch and a cattle prod, Reuters reported.

The man was being punished after claiming he had dumped meth from a boat as he was being pursued by authorities.