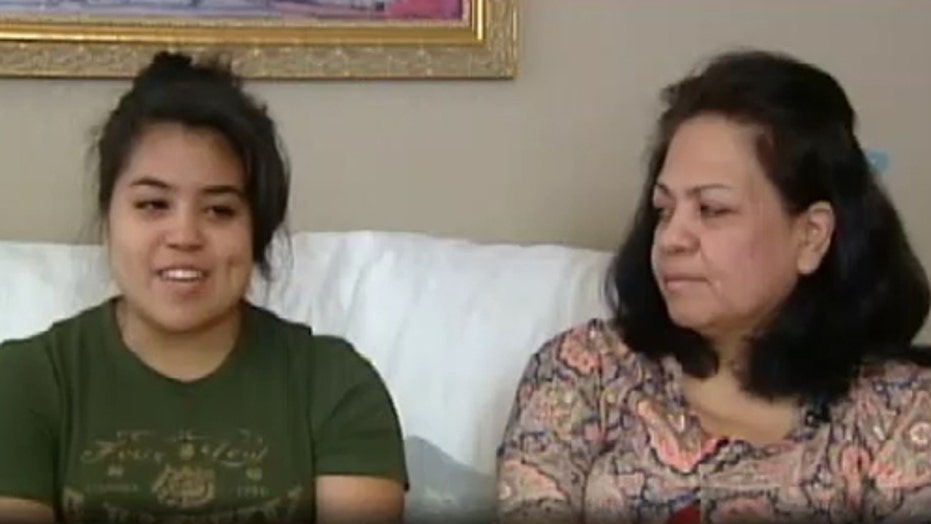 A teen on a missionary trip to Guatemala was kidnapped.

Mesa, Arizona – A Mesa woman on a mission in Guatemala is safe after being kidnapped and held for two days.

Central America can sometimes be a dangerous place for American missionaries. Mormons leave on missions for 18 months or two years and are committed to using the time to serve God.

Last year, 22-year-old Sara Trevino from Mesa decided to serve a mission for the Church of Jesus Christ of Latter-Day Saints in Guatemala.

She knew her service would be difficult, but nothing could have prepared her family for the shock they received last Thursday.

Their bishop showed up at their house and told them their daughter and her missionary companion had been kidnapped.

"Overwhelmed with grief and despair and helpless because she's so far away. There's nothing you can do. You're just sitting here at their mercy, just whatever their ransom is and whatever their demands are," said Rod Trevino, Sara's father.

The Trevino family spent the better part of the next day and a half struggling with the reality that Sara might not be coming home.

They didn't know where she was or if she was alright; what the kidnappers wanted or how long would they keep her alive.

"I didn't really know what to do, my dad was crying, my mom was crying," said Athena Trevino, Sara's sister. "I was so worried that I wasn't going to be able to see her again."

No one was able to sleep at the Trevino household Thursday night, but around 3 a.m. they got a call from the FBI.

Sara and her missionary companion were safe and the kidnappers were in custody.

The girls were kept in a house where they were blindfolded and had their hands tied for two days.

Sara told her parents they were not hurt and they even tried to teach their captors lessons about God, always having faith they would be protected.

The three kidnappers, who were arrested, will be charged in a Guatemala court. There's no word on how the rescue happened or what ransom may or may not have been posted.  The important thing for the Trevinos is that Sara is safe.

Sara has decided to stay in Guatemala to finish her mission, which wraps up in May. Her parents say they aren't surprised.

"She could finish stateside, she could take an easy route, but she said that she feels that's where she needs to be. She knows that God was protecting her through this big ordeal. She could feel the angels protecting her and her companion while this whole thing unfolded. Never once did they fear for their life," said Trevino.

There aren't a lot of details coming from the FBI yet but the family says they don't need to know a lot. They just need to know that their daughter is safe.

For more, go to My Fox Phoenix.