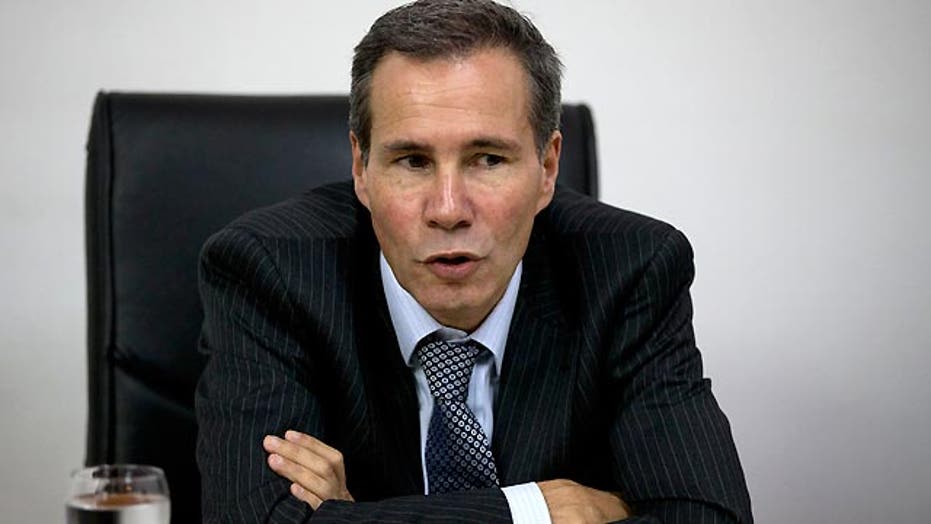 Insight from Mary O'Grady, editor and columnist with the Wall Street Journal

BUENOS AIRES – Family and friends paid final respects Thursday to the Argentine prosecutor who was found dead after alleging that President Cristina Fernandez agreed to protect those responsible for a 1994 bombing, the worst terrorist attack in the country's history.

Mourners and observers lined Buenos Aires streets to watch the funeral motorcade that carried the body of Alberto Nisman to a Jewish cemetery on the edge of the city.

Some chanted "Nisman is present!" while others cried or sang the national anthem.

"This is burying part of our republic," said Patricia Bullrich, an opposition member of Congress, before entering the cemetery. "It's a day of reflection and sadness for all of Argentina."

Nisman, 51, was found shot dead in his bathroom on Jan. 18, hours before he was to appear before Congress to discuss his allegations that Fernandez helped protect former Iranian officials who allegedly masterminded the bombing of Argentina's largest Jewish community center. The car-bomb attack, which killed 85 people and injured more than 200, remains unsolved.

Fernandez and Iran have denied the allegations.

A farewell letter written by Nisman's daughters, Lara and Kala, to their father was published Thursday in Argentine papers. "We hope now you can rest in peace. We will guard in our hearts the beautiful moments we lived together," they wrote.

"I say goodbye to you, hoping you find the peace that your dedication to your job did not let you fully enjoy," it said.

Authorities initially said Nisman's death appeared to be a suicide, but then changed course and began investigating it as a possible homicide.

Fernandez has suggested rogue intelligence agents orchestrated Nisman's death to destabilize her administration, but she has not provided details.

No arrests have been made in the case.