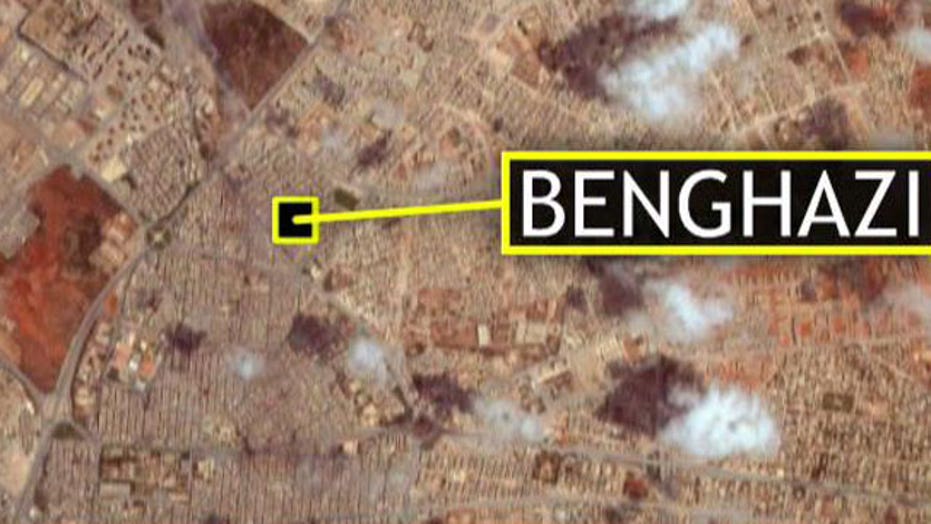 US citizen killed by gunman in Benghazi

Bill Hemmer reports from the newsroom

An American citizen who was working at an international school was shot and killed in the Libyan city of Benghazi Thursday morning by unknown assailants, a school board member told Fox News.

The State Department identified the victim as Ronald Thomas Smith II, and confirmed that he was a teacher at an international school in Benghazi.

"We can confirm that a U.S. citizen was shot and killed in Benghazi," a State Department spokeswoman Marie Harf said in the statement.

"We offer our condolences to the victim’s loved ones. We are in contact with the family and are providing all appropriate consular assistance. Out of respect for the privacy of those affected, we have no further comment at this time. For questions on the investigation, I refer you to the Libyan authorities," the statement said.

School board member Adel Mansouri said the teacher was shot around lunchtime near his home.

"He was doing his morning exercise when gunmen just shot him. I don't know why. He was so sweet with everyone," Mansouri told Reuters.

Fadyah al-Burghathi, spokeswoman for the Al-Galaa hospital, said the body of a man from Texas was brought to the hospital on Thursday with gunshot wounds. A security official said the American taught chemistry at the city's International School, a Libyan-owned institute that follows an American curriculum.

Smith, 33, had been teaching chemistry at the International School for about 18 months and was "very much loved," principal Peter Hodge told NBC News.

According to the report, Smith began working at the school after a stint in Egypt and was supposed to return to the U.S. for the holidays in a few days.

No one has claimed responsibility for the teacher's murder, but suspicion is likely to fall on Islamic militants active in the city.

The security official, Ibrahim al-Sharaa, said the American was jogging near the U.S. Consulate, where the U.S. ambassador and three other Americans were killed by Islamic militants in September 2012.

The American was one of four people killed in Benghazi today and whose bodies were taken to the Al-Galaa hospital, showing the dangers of a city that is home to numerous armed groups resisting the central government's authority. The other three were military personnel.

Libya's heavily armed militias, with roots in the 2011 war against dictator Muammar Qaddafi, have proliferated since his overthrow. They have since undermined successive transitional governments and parliament.

Libyan security forces clashed in Benghazi last month with Ansar al-Shariah, a hard-line Islamist militia blamed for the consulate attack. Ansar al-Shariah faces a backlash from residents who have marched against it both in Benghazi and, in recent days, in its stronghold in the eastern city of Darna.

With frequent attacks on public figures and security officials, much of the lawlessness is blamed on the groups. But the government also relies on many of them to provide security in the absence of a functioning police force.

The National Counterterrorism Center, which is investigating the attack, has consistently warned of a severe threat level for western nationals in Benghazi.