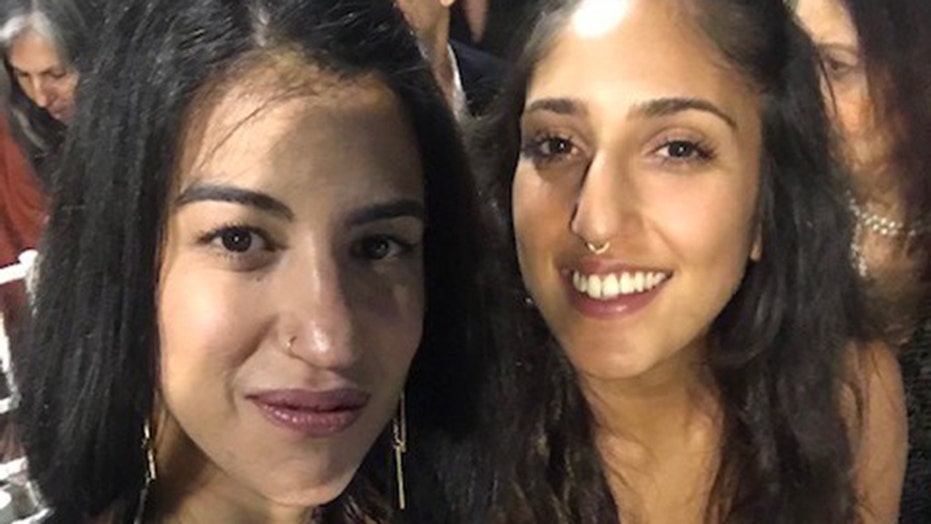 A 25-year-old woman with dual American and Israeli citizenship has been behind bars in Russia since April after authorities allegedly found nine grams of cannabis in her luggage while she was traveling — and her family has been fighting for her freedom for months.

“My sister is falling apart," Naama Issachar's sister, Liad Gold, told Fox News Wednesday. "She is in a Russian prison where no one speaks English and she is at her breaking point."

PUTIN SAYS RUSSIA 'WILL REACT ACCORDINGLY' AFTER US MISSILE TESTS

Issachar, who was born and raised in Fair Lawn, N.J., and moved to Israel when she was 16, was returning home April 9 after a three-month trip to India, Gold said. Issachar was stopped by police at the Moscow airport as she boarded her connecting flight to Tel Aviv, brought into an interrogation room and was told cannabis had been found in her checked bag.

Gold said her sister claimed the cannabis was not hers and she did not know how it got into her luggage, a claim echoed by Issachar's family.

Naama Issachar, 25, who has dual American and Israeli citizenship, has been behind bars in Russia since April. (Liad Gold )

“She was backpacking for three months through India," Gold said. "She slept in so many hostels and guest houses and was around so many different people. Her mistake was that she didn’t properly clean out her bag. But when they found it her mouth dropped open. She had no idea it was there."

Issachar was initially charged with cannabis possession, but the charge was upgraded in May to smuggling drugs into Russia. Issachar’s detention has been extended six times and she has been transferred through three Russian detention facilities and prisons since she was charged with smuggling, The Jerusalem Post reported.

During a Tuesday hearing in the Khimki district court in Moscow, the prosecutor made his opening statements and listed the charges against Issachar. The Jerusalem Post reported that the judge decided not to hear statements from Issachar’s attorney and ruled that the defense would be heard on Sept. 3. Issachar’s detention has been extended until then.

Issachar has been denied personal visits and phone calls from her family until the trial, the Post reported.

Liad Gold with her younger sister Naama Issachar (right), who has been detained in Russia since April after authorities allegedly found nine grams of cannabis in her luggage during a layover in Moscow.  (Liad Gold)

Gold told Fox News her family has been reaching out to the American and Israeli embassies as well as the foreign ministry of Israel, “and they all say that their hands are tied and they cannot get involved in the legal proceedings in Russia.”

“At this point, it has been 4-and-a-half months, and enough is enough,” Gold told  Fox News.

“My goal is to ask her country, whether it’s Israel or America, to please get involved and help bring her home," she added. "I am begging the government of America and the government of Israel, please help bring my baby sister home before she faces an unjust sentencing."

Gold said lawyers told her Issachar would face five to 10 years behind bars on the smuggling charge.

The sisters' mother, who has been in Russia since Issachar's arrest, has been able to see her just four times and has spoken to her twice on the phone, according to Gold.