A month after Iran’s Revolutionary Guard Corps fired numerous ballistic missiles at U.S. troops in Iraq, Germany’s government is slated to celebrate the founding of the Islamic Republic, prompting a public rebuke from America’s highest-profile ambassador in continental Europe.

Iran marks “Islamic Revolution’s Victory Day” on Feb. 11 as a national holiday when the mullahs order state-sponsored demonstrations in every Iranian city.

“Germany has a moral responsibility to say to Iran very firmly and clearly that it is unacceptable to deny basic human rights to your people, or kill protesters in the streets or push gay people off buildings. Celebrating the regime’s ongoing existence sends the opposite message,” the U.S. ambassador to Germany, Richard Grenell, told Fox News on Thursday.

Grenell, a former Fox News contributor, has been urging German Chancellor Angela Merkel’s administration for years to end its support for the Iranian regime.

The German Foreign Ministry told Fox News in a statement Wednesday that the country’s “usual practice in diplomatic relations also includes the celebration of national holidays in the other country.”

“As the Federal Republic of Germany continues to maintain diplomatic relations with Iran, this also applies to the upcoming national holiday,” the statement continued.

Germany’s celebration of Iran’s regime comes at a sensitive time for American-Iranian relations. 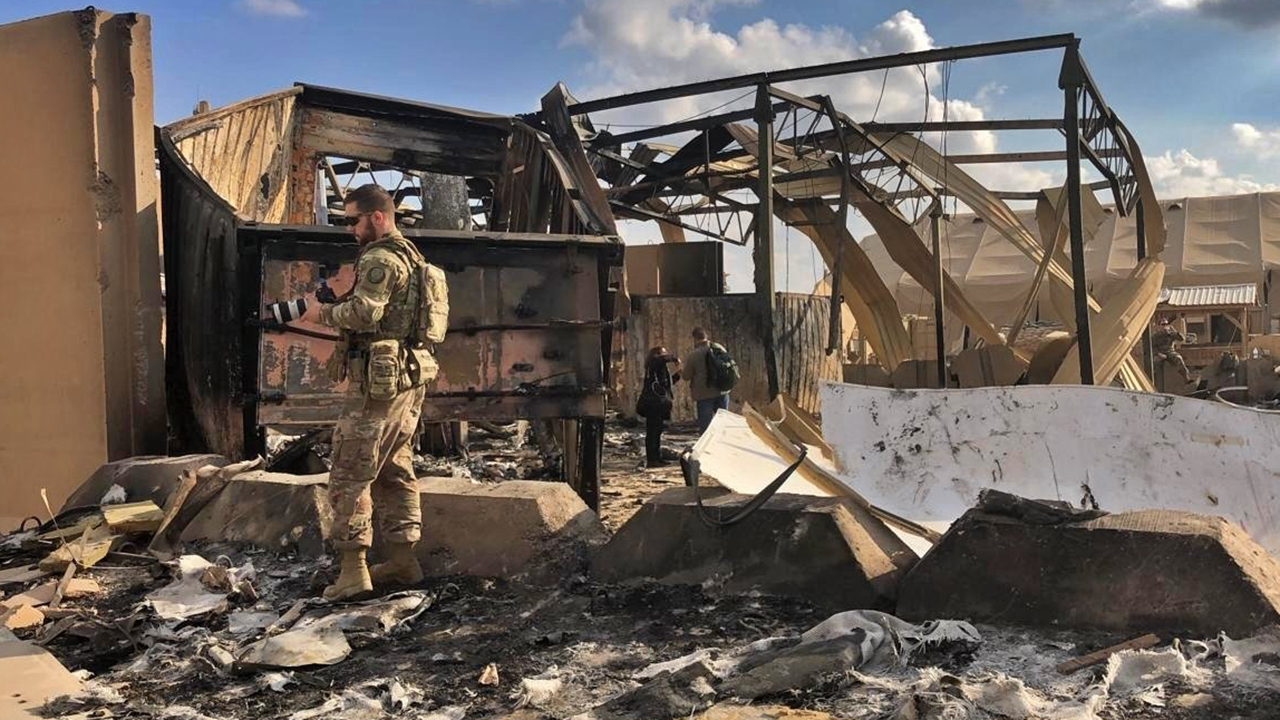 50 U.S. troops have been diagnosed with traumatic brain injuries or concussions; Lucas Tomlinson reports from the Pentagon.

President Donald Trump authorized the elimination of Soleimani in Iraq, claiming he planning imminent attacks against U.S. diplomats. Soleimani, one of the world’s leading international terrorists, was responsible for the murder of over 600 American troops in the Middle East, the U.S. state department said.

The U.S. government has classified Iran’s clerical regime as the largest state sponsor of terrorism.

IRAN ATHLETE WHO FLED COUNTRY WANTS TO COMPETE FOR GERMANY

When asked if Steinmeier plans to send a telegram once again this year, his office told Fox News in a statement: “Greeting telegrams from the Federal President are created and transmitted in coordination with the Federal Government on the respective national holiday. All questions related to this will be answered after the respective national holiday.”

Why is anti-Semitism on the rise in the United States?

Jonathan Greenblatt, the national director of the Anti-Defamation League, accused Iran’s regime during a January congressional hearing on anti-Semitism of being the worst state sponsor of Holocaust denial and antisemitism.

Annen told a German news outlet at that time that he had “no regrets” about celebrating the regime.

Grenell’s call for the Merkel government to stop boosting the Iranian regime was echoed by one of the leading German officials on the front lines of the struggle against the rise of anti-Semitism and Iranian-sponsored terrorism.

Uwe Becker, the commissioner for Jewish life in the German state of Hesse, told Fox News that his country should not congratulate Tehran’s rulers for their “Iranian revolution anniversary.”

“Germany should send a clear signal against the backdrop of human rights violations in Iran and the continuing threats by the Tehran mullah regime to destroy Israel,” he said. “The Iranian National Day is not just an anniversary, it commemorates the violent revolution of 1979 and the beginning of the reign of terror.”

“At the same time, the Tehran leadership oppresses its own people and denies them freedom and human rights,” he said.

The U.S. government has designated both Hamas and Hezbollah as terrorist organizations.

Germany's decision to celebrate the Iranian holiday comes weeks after it joined Britain and France in paving a way for possible sanctions to be re-imposed on Iran. The three European powers accused the Islamic Republic of continuing to back away from its international nuclear deal and triggered the "dispute mechanism" -- which begins a process that could result in the U.N. restoring sanctions it previously lifted under the deal.