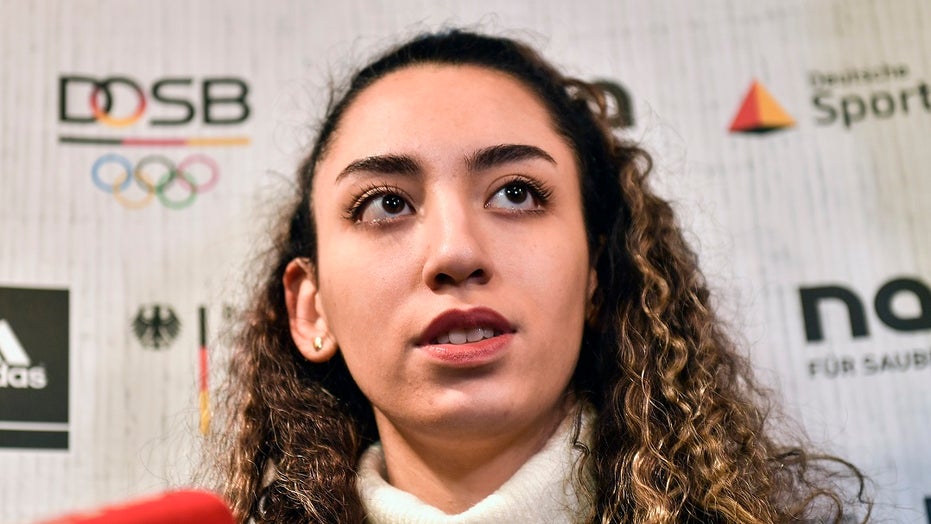 Iran's lone female Olympic medalist said she wants to compete for Germany after defecting from her country earlier this month and blasting the "hypocrisy" of Iranian lawmakers.

Kimia Alizadeh said she hopes to continue her taekwondo career in Germany while trying to rebuild her life.

“Even if I do not make it to the Olympics, it does not matter because I have made up my mind,” Alizadeh said at a Friday meeting with journalists at a taekwondo club.

“I am sure that I will be judged by many, but I am just 21 years old and can attend world tournaments and future Olympics. However, I will spare no effort to get the best result at this time as well.”

Iranian taekwondo athlete Kimia Alizadeh speaks to the media at a press conference in Luenen, Germany on Friday. Iran's only female Olympic medalist fled from the Islamic Republic and said she wants to compete for Germany. (AP Photo/Martin Meissner)

Alizadeh won a bronze medal in taekwondo at the 2016 Olympics in Rio de Janeiro, making her the first Iranian female to medal in the games. Her joy turned to frustration over Tehran's barriers imposed on female athletes.

She accused the government of sexism and criticized making wearing the hijab mandatory in the Instagram post that announced she left the country. She also accused lawmakers of  “lying” and “injustice” toward Iranian athletes.

Alizadeh went to the Netherlands before heading to Germany this week to meet with taekwondo officials there. The German Taekwondo Union has spoken up in favor of her staying in the country in what it calls a first step toward her gaining nationality and becoming eligible to compete for Germany.

“If the German government assists me and I can go through this process as fast as possible, I might be able to make it to the Olympics too,” she said.

She reportedly received offers to compete for the Netherlands, Canada, Belgium and Bulgaria. Many Iranian athletes have chosen to leave the country in recent years amid government pressure.

Alizadeh said wore everything the government asked her to and "repeated everything they told me to say. ... None of us matter to them."

In September, former world judo champion Saeed Mollaei moved to Germany after walking off the Iranian team at the world championships in Japan. He cited pressure from Tehran to withdraw from competition so as not to compete against an Israeli athlete.

Alizadeh said she just wants “a peaceful life,” and she’s not looking back.

“I have a great feeling to have made a decision for my life that would definitely change my future,” she said. “I think it is not even clear enough now and, in the years to come, I will understand what a good decision I made.”