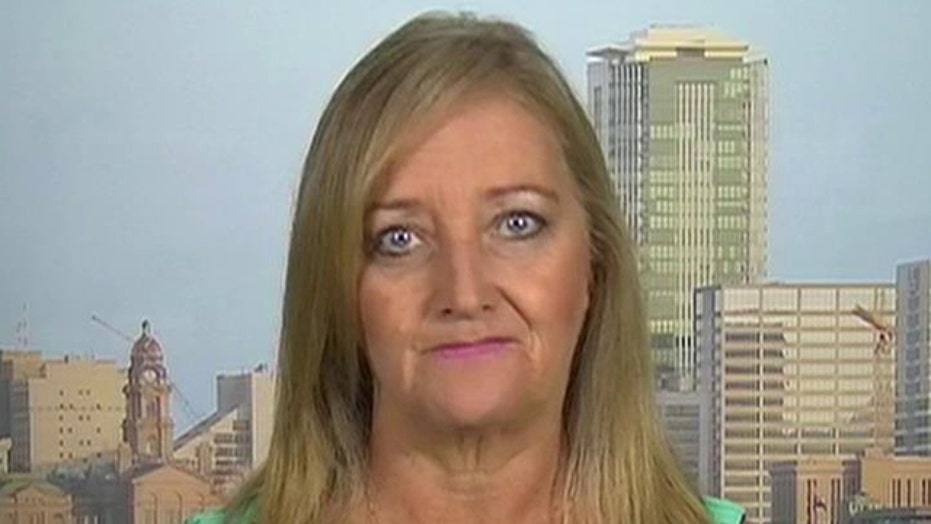 Iraqi War veteran Sgt. Ben Rangel remembers fighting to secure the city of Ramadi when he first arrived in Iraq for a tour of duty in 2004. He also recalls the bloodshed.

“It’s hard to watch and then be told that it’s all part of a successful plan.”

Now, like other veterans who fought Iraqi insurgents for the capital city of Iraq's Anbar province, as well as the loved ones who died in fierce battles there, Rangel bristles at the sight of the ISIS flag-waving above the government complex. Many are wondering why their hard-fought gains were so easily surrendered when Iraqi forces, following the U.S. pullout, were unable to stand up to the black-clad terrorist army.

“We lost a lot of men,” Rangel, a former infantryman with the 2nd battalion/5th Marines Fox Company, told FoxNews.com. “The fighting in Fallujah got a lot of attention in the news, but Ramadi was a very important city because of the supply route that ran through it to Baghdad.

“We were fighting non-stop for three months," he said. "Our mission was always to make sure that the supply route was secure.”

Ramadi, once a city of 750,000, lies some 70 miles west of Baghdad in the Sunni-majority province. During the Iraq War, which raged from 2003 to late 2011, nearly 5,000 coalition forces were killed and more than 32,000 wounded. Some of the war's fiercest fighting occurred in Anbar province, including in Falluja and Ramadi.

Rangel’s battalion lost 23 men during the fighting, and the veteran lost a close friend when that man's unit struck an IED along "Route Michigan," the military's name for the supply road that leads from Baghdad into Syria, passing through Fallujah and Ramadi.

“I never got to see him again,” the Marine recalled.

Despite the hardships and loss of men, over the next few years, Ramadi was eventually secured.

“All that fighting had paid off,” Rangel said, adding that the city was completely out of the clutches of the insurgency when he went back with his unit in 2007, a year after the infamous Battle of Ramadi in 2006, to train Iraqi police forces.

Nearly a decade after Rangel and others fought to free Ramadi, the city is poised to become a bloody battleground yet again. Iraqi troops, driven out by a much smaller ISIS army over the weekend, are poised to mount a counter-offensive, aided by a coalition of Shia Muslim fighters. But the failure by Iraqi forces to hold the city has already led to a humanitarian crisis, as an estimated 25,000 Iraqi refugees have fled for safety, most of them heading along Route Michigan for Baghdad.

“It’s gut-wrenching and disgusting to me that we choose to stand by and do nothing,” Debbie Lee, whose son Marc Alan Lee was the first Navy SEAL to be killed in the Operation Iraqi Freedom while fighting insurgents in Ramadi, told FoxNews.com. “Our troops are more than capable to secure that city and they are just not given the ability.

“It’s because they [Washington] refuse to send troops that we are seeing this insurgence,” she added.

The U.S. has been coordinating airstrikes since last August, pounding ISIS positions in both Iraq and Syria. But the Obama administration has said it does not want troops back on the ground in Iraq, and has said it is up to the Iraqis to defend their land from the terrorist army. Weapons the U.S. gave to the Iraqis, including tanks, have fallen into the hands of ISIS when the Iraqi forces fled, first in Mosul last year and now, most recently, in Ramadi.

Sgt. Rangel, whose unit helped train Iraqi forces in 2007, said he never had a lot of confidence in them,.

"At one point we had to take over for the Iraqi police because many of them were helping insurgents,” he said. “It was very difficult to know who the enemy was. One minute, they [insurgents] would be in civilian clothes, the next they were picking up rifles and attacking us.

A senior military official confirmed to Fox News Channel on Wednesday that the Obama administration is looking into arming Sunni tribes to help national forces and Shia militia retake Ramadi. However, public comments from another Pentagon official suggest that not much more assistance will be provided.

“We are confident that we have the right strategy at this time,” U.S. Central Command spokesman, Col. Patrick Ryder, U.S. Air Force said Wednesday. “Momentum will continue to be on our side.”

Pete Hegseth, CEO of Concerned Veterans for America and a Fox News contributor, said veterans who fought and bled to free Ramadi from insurgents a decade ago have little reason for confidence in the current effort.

“It’s hard to watch and then be told that it’s all part of a successful plan,” Hegseth said. “Ramadi was a model success story and we continue to see all of the gains we made there be somewhat reversed.

"It’s a slap in the faces of families of soldiers who made the ultimate sacrifice,” he added.