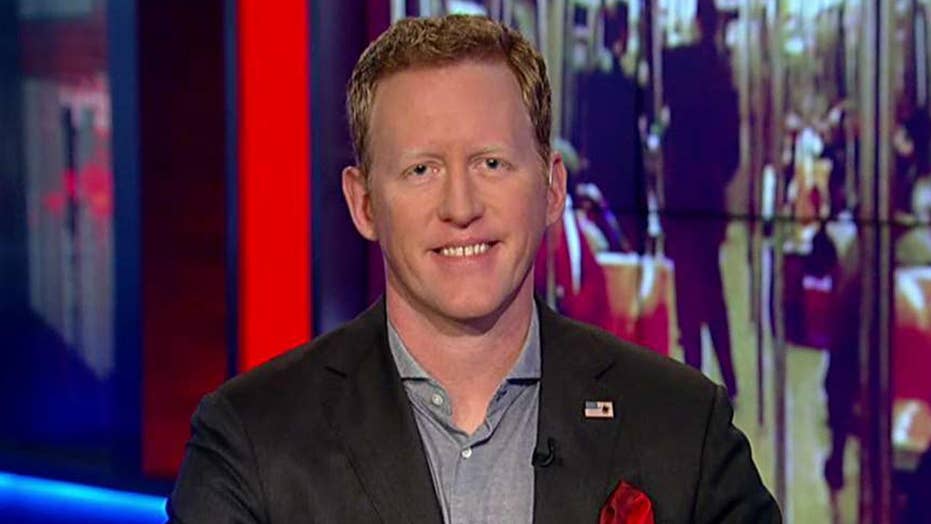 Rob O'Neill on Al Qaeda's latest call for attacks on US

The new edition of Al Qaeda's online propaganda magazine, known as Inspire, calls on its followers to target trains in the US and Europe, identifying three methods of attack: the train's compartments, derailments or assaults on stations.

However, a Department of Homeland Security bulletin reviewed by Fox News indicates there is no credible or imminent threat.

"...the TSA Office of Intelligence and Analysis (TSA-OIA) is not aware of any current or credible plots to attack transportation within the United States; however, TSA-OIA remains concerned with terrorist organizations' efforts to conduct attacks against transportation," the August 11 intelligence report states.

The Homeland Security intelligence report continues, "The AQAP (Al Qaeda in Yemen) video serves as an important reminder that mass transit, passenger rail, and freight rail operations remain a potential target for terrorist activity. While TSA is not recommending any specific actions or countermeasures at this time, TSA does encourage operators to use this as an opportunity to remind employees of the importance of being aware of their work environment and to exercise due caution with equipment and materials that could be used to obstruct or derail trains."

Within hours of the online magazine's release, the New York Police Department's Counterterrorism Bureau also sent out a series of tweets. "We've known about the content & threats presented in the current issue of AQAP's Inspire 17 prior to its release....our robust multi-layered counterterrorism apparatus is designed to protect our air, land, waterways and railways," the tweets read.

While not minimizing previous, successful rail attacks in Europe, including the 2004 coordinated Al Qaeda plot targeting Madrid, which killed nearly 200 people and injured more than 1,500, Brookings Institution Senior Fellow Michael O'Hanlon said the threat to U.S. rail networks should not be overhyped, but put in context.

"Probably the greatest vulnerability is going to be more in subway lines than in major rail lines," O'Hanlon explained. "It's really almost inconceivable to think of how you protect them. On the other hand, you're generally not going to see quite the number of casualties."

According to the Middle East Media Research Institute, or MEMRI, the same "Inspire" edition contains a chapter written by Al Qaeda in Yemen's bomb maker, Ibrahim al-Asiri, who is most known for his work with non-metallic explosives. The Yemeni was behind the underwear bomb that nearly brought down a flight over Detroit in 2009, and a foiled plot targeting cargo planes bound for the U.S. a year later.

MEMRI said al-Asiri stressed transportation is a "prime target because attacks on them undermine public security and also cause great economic harm by scaring away tourists and investors." The commentary may be dated because it refers to President Obama's presidency.

As Thomas Joscelyn at the Long War Journal notes, Al Qaeda has "...intended to wear down the West, in part by driving up the costs of security and waging war. The adjustments made to airline security since the Sept. 11, 2001 hijackings have been costly. Al Qaeda’s failed attempts to bring down airliners in the years that followed have also driven costs up."

While Al Qaeda has not abandoned the large-scale, mass-casualty attack, these have proven harder to execute. ISIS, which has shown more success with lone wolf operations, and now Al Qaeda seem to understand the impact of these small-cell plots that are so much harder to disrupt, as a top general recently explained.

"...that's the most dangerous aspect," Gen. Tony Thomas, commander of U.S. Special Operations Command, recently told the Aspen Security Forum. "Because, if you light a match under that -- hardest to see, you know, inspired people, hardest to see, certainly hard to -- hardest to disrupt and eradicate from a law enforcement standpoint back home."