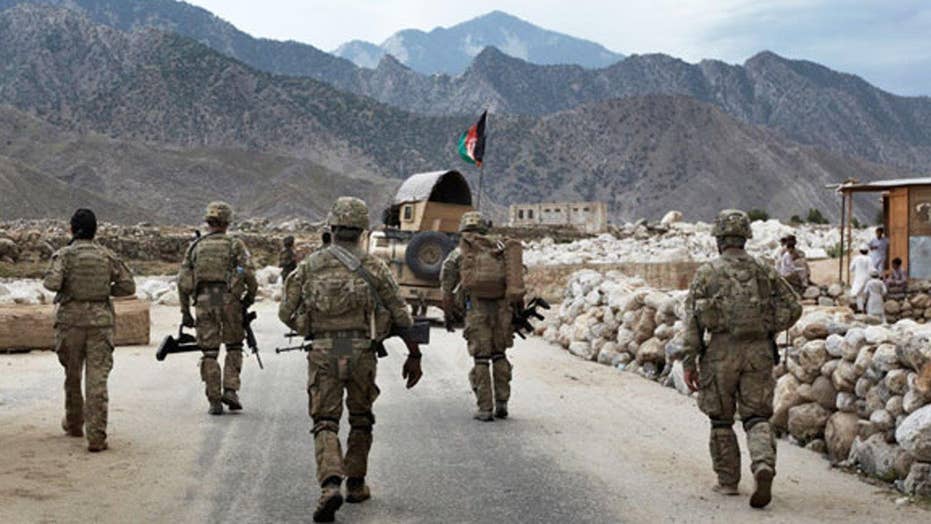 Pentagon wants to change rules of engagement in Afghanistan

The leader of Al Qaeda has reportedly backed Afghan Taliban in a move to boost the group’s efforts after President Barack Obama approved the expansion of the U.S. military’s role in battle-torn nation.

According to Reuters, Al Qaeda leader Ayman al-Zawahiri announced the he would “pledge allegiance” to Taliban guerrillas fighting in Afghanistan in an online audio recording.

"As leader of the Al Qaeda organization for jihad, I extend my pledge of allegiance once again, the approach of Osama to invite the Muslim nation to support the Islamic Emirate," he said in a 14-minute recording.

Taliban spokesman Zabihullah Mijahed told Bloomberg that the group is still waiting to receive confirmation from its top officials. “If confirmed, the endorsement will deliver brightness to our spirits and strengthen our jihad against U.S. invaders.”

Earlier this week, senior U.S. and defense officials told the Associated Press the White House approved plans to expand the military’s authority to conduct airstrikes against the Taliban when necessary as the violence in Afghanistan begins to escalate.

Several officials said the decision was made in recent days to expand the authority of U.S. commanders to strike the Taliban and better support and assist the Afghan forces when needed in critical operations, using the U.S. troops already in the country. There is a broad desire across the Obama administration to give the military greater ability to help the Afghans fight and win the war.

The 9,800 U.S. troops still in Afghanistan, however, would still not be involved in direct combat.

The Taliban are refocusing their attention mostly on the southern provinces of Helmand, Kandahar and Uruzgan, according to U.S. and Afghan military officials, although the insurgents also have struck elsewhere, such as in Kunduz province in the north, where they overran and held the provincial capital for a few days last fall.

The U.S. has continued to conduct counterterrorism strikes against Al Qaeda and Islamic State (ISIS) militants in Afghanistan. But strikes against the Taliban were largely halted at the end of 2014, when the U.S.-led coalition's combat role ended. Limited strikes have been allowed in cases of self-defense or when Afghan forces were in danger of being overrun.

The Taliban have great presence in Afghanistan – more than any other militant organization. It has as many as 25,000 fighters in the region, while Al Qaeda boasts about 100 to 300 affiliates and ISIS having up to 3,000 members.

More than 30,000 Afghan security forces are fighting to quell the group’s resurgence.

U.S. officials have insisted they are encouraged by the Afghan forces' resilience, despite their high rate of battlefield casualties. And they point to the Taliban's loss of its leader, Mullah Mohammed Akhtar Mansour, who was killed by a U.S. drone strike in late May in Pakistan.

The U.S. and NATO formally ended their combat mission in Afghanistan at the end of 2014, but have continued to provide support and assistance as the Afghan forces struggle to grow and gain greater capabilities, including in their air operations.