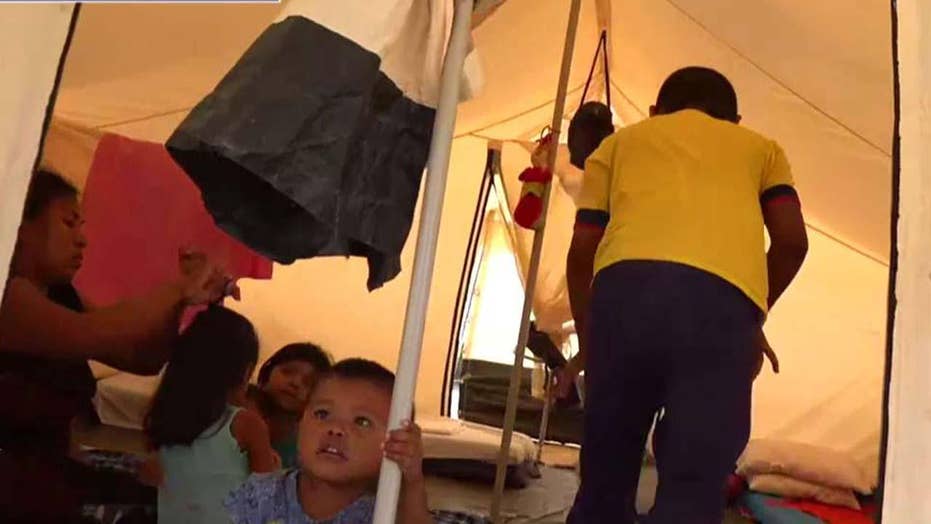 The deputy leader of Venezuela’s opposition-controlled congress was arrested by security forces Wednesday as President Nicolás Maduro’s government began going after foes tied to the failed attempt to stir up a military uprising last week.

National Assembly Vice President Edgar Zambrano was leaving his Democratic Action Party’s headquarters when he was surprised by a commando unit from the feared SEBIN intelligence agency. The unit members surrounded his car, according to reports.

A half-hour later, the officers towed the vehicle away with the lawmaker still inside, at the same time that Maduro was speaking live on state TV and inaugurating an agricultural project. Neighbors looking on, shouting, “Assassins!” as the heavily armed agents pulled away.

The arrest was the first following a fizzled uprising that started early on April 30 outside a Caracas airbase. It was led by Juan Guaidó, head of the National Assembly, who is leading the U.S.-backed effort to end what he calls Maduro’s dictatorship.

Zambrano, 63, was one of the first opposition leaders to answer Guaido’s call for an insurrection, going to the bridge in Caracas where the opposition leader had appeared at dawn with a small cadre of soldiers ready to rebel against Maduro.

A lawyer by training, Zambrano is seen as a conciliatory figure within the opposition who is close to Henry Ramos, the former head of congress, who has been accused of taking part in an earlier alleged conspiracy to oust Maduro. He took up his role as Guaido’s deputy as part of a power-sharing arrangement among the biggest parties.

Government officials had announced that Zambrano and eight other opposition lawmakers faced investigation on charges of “betraying the homeland” and “instigating an insurrection,” for their roles in last week’s unrest.