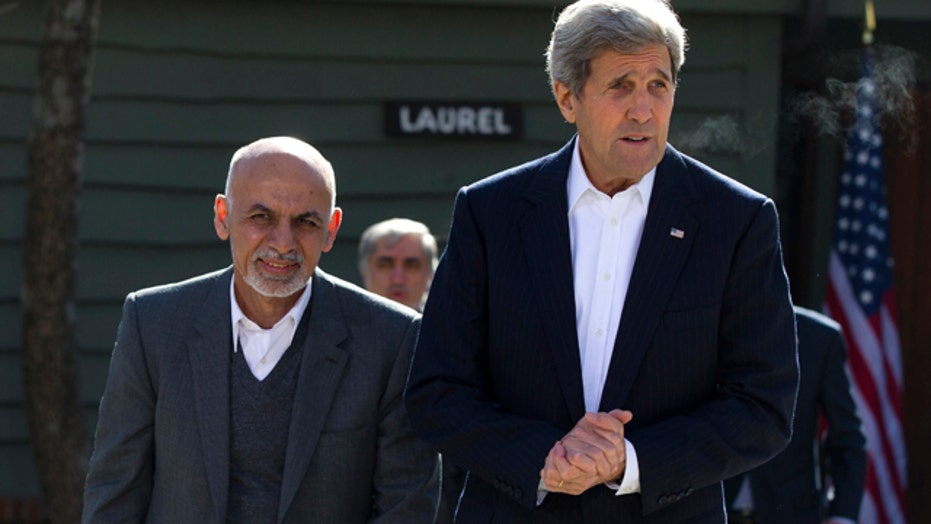 Can the US work with Afghan President Ashraf Ghani?

Afghan President Ashraf Ghani's visit to Washington this week comes at a crucial time for him as he tries to get a better political and military grip on his country, experts tell FoxNews.com.

Carafano, vice president at the Heritage Foundation, told FoxNews.com that Ghani‘s strategy is to have an upbeat message toward U.S. officials. “They are going to say ‘we can do this’ … he [Ghani] is going to tell them this is an investment worth making for America … he is going to say ‘you have every reason to stay and partnering with us -- it is going to work’.”

Smith, the Afghanistan and Central Asia director at the United States Institute of Peace, believes Ghani has a tough task repairing diplomatic ties damaged by his predecessor, Hamid Karazi.

Though, he added, “[Ghani] seems very careful about not trying to wade into what could be seen as a domestic issue” over U.S. troop levels.

His visit comes as concerns grow over extremist groups like Al Qaeda and ISIS trying to find shelter in Afghanistan. This is already on top of Afghan and U.S. coalition forces waging a nearly 14-year conflict  against a Taliban insurgency.

“If Afghanistan is left to its own without military assistance or financial support … there is the potential we could sweep back to where we were before,” said Carafano.

To help prevent this scenario, Ghani decided to reach out to Pakistan for help. Still, some Afghan circles remain skeptical they can trust Islamabad for support.

“[It’s] a controversial decision to have a significant outreach towards Pakistan and trying to enlist their cooperation on intelligence, defense and, above all, to have Pakistan put pressure on the Taliban to go to the negotiation table and try to seek some sort of peace deal and end the violence in Afghanistan,” said Smith, a former U.N. official who led peacekeeping efforts in Kabul.

Both believe that even with the challenges facing Afghanistan, the future is promising.

If the Afghan government improves relations with regional powers like Pakistan and India “that’s an enormous game changer in the future of South Asia … that’s not possible without a stable Afghanistan,” Carafano explained.

“A year from now, what Afghans would like is a bit more clarity about what American intentions are in the region,” said Smith.