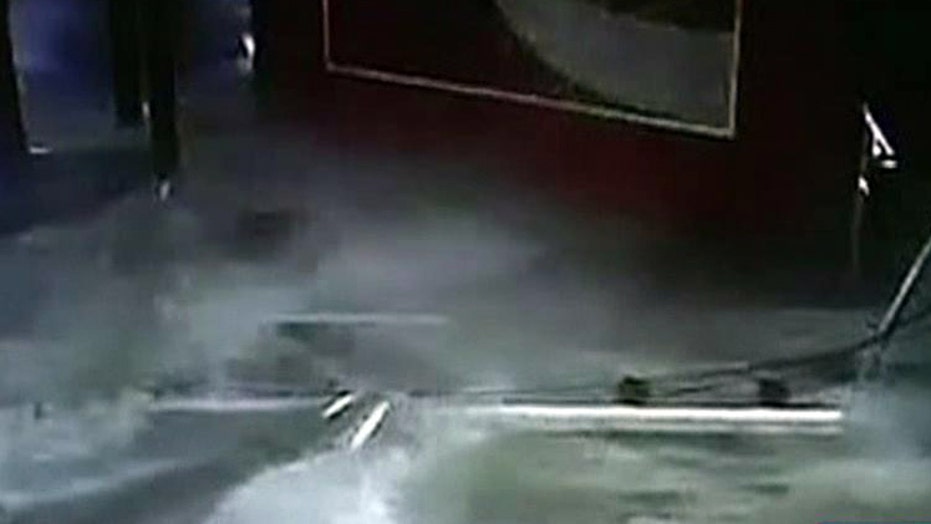 Over a dozen people were injured when a 33.5-ton aquarium inside a Shanghai shopping center exploded Wednesday, releasing three sharks that died in the incident, The Shanghai Daily newspaper reported.

The specific cause of the incident is unclear. Eight of those injured were customers and the others were workers at the Orient Shopping Center, the paper reported. Those injured managed to stand up and call for help until shopping center employees assisted them.

"It just suddenly broke and fell off," Yi, one of those injured told the paper. He was reportedly struck by a metal frame.

An official from the shopping center said the 2-year-old aquarium was maintained every week and was made with 15-centimeters thick acrylic glass.

The shopping center said it would not build another aquarium, the report said.