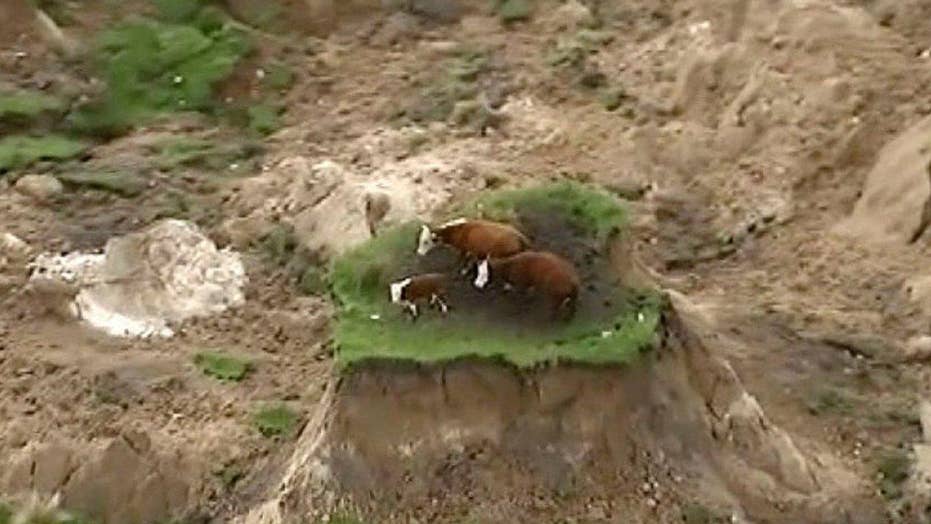 WELLINGTON, New Zealand – Three New Zealand cows looked like they could use a little help Monday after an earthquake triggered landslides all around them and left them stranded on a small island of grass.

Video taken by Newshub news service from a helicopter near the small town of Kaikoura shows two adult cattle and a calf stuck on a chunk of land in a paddock that had been ripped apart in Monday's magnitude-7.8 quake. The patch of grass was surrounded by deep ravines of collapsed earth, trapping the animals where they stood.

It was not immediately clear who owned the cattle or what was being done to help them.

Kaikoura is close to the epicenter of the overnight earthquake, and where one of the two confirmed deaths occurred. The quake was strongly felt to the south in Christchurch but was far less damaging than a smaller 2011 earthquake that devastated the city and killed 185 people.