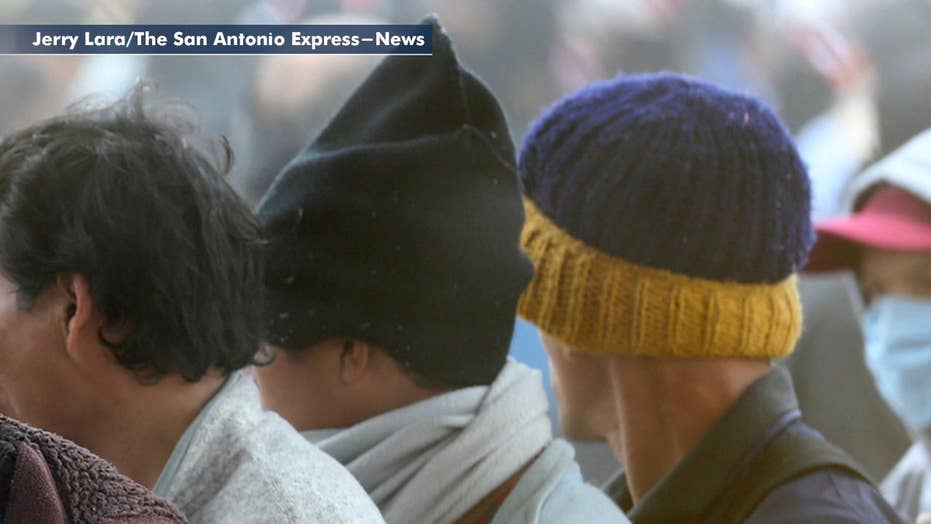 At least 25 people affiliated with the MS-13 gang were deported from Mexico after they were revealed to be concealed within the caravan of 1,600 Central American migrants just across the U.S. border, immigration officials said Tuesday.

The caravan first arrived in Piedras Negras, Mexico, two weeks ago across the border from Eagle Pass, Texas, when officials from the Instituto Nacional de Migración identified 10 gang members from Mara Salvatrucha, also known as MS-13.

In addition to the gang members, a total of 70 Central American migrants have been deported to their home countries, while about 1,500 have been granted humanitarian visas to move freely within Mexico.

On Saturday, officials said the shelter where hundreds of Central American migrants have been confined would be closed by Wednesday.

Coahuila State Public Safety Secretary Jose Luis Pliego told the Associated Press that authorities have taken some 400 migrants to neighboring states such as Nuevo Leon and Tamaulipas to be incorporated into the workforce, while others may seek other options to try to cross into the United States.

Some migrants still at the shelter said they were not being allowed to come and go despite holding the permits, and they hope to leave as soon as possible for fear of possible deportation.

"I don't feel safe here," Donaldo, a Honduran migrant who declined to give his last name, told the AP.

Six-year-old Daniela Fernanda Portillo Burgos sits on the shoulders of her mother, Iris Jamilet, 39, as they look out through the fence of a immigrant shelter in Piedras Negras, Mexico, Tuesday, Feb. 5, 2019. (Jerry Lara/The San Antonio Express-News via AP)

The migrants have wanted to appear at the U.S. border to apply for asylum, but only about a dozen per day have been allowed to do so.

The notorious MS-13 gang that originated in Los Angeles prisons before infiltrating the rest of the U.S. is mainly comprised of El Salvadorans.

The Rio Grande Valley Sector is where President Trump visited in January amid the partial government shutdown to highlight what he called a crisis of crime and drugs along the southern border.

Agents in the sector patrol an area of over 17,000 square miles in 19 counties, which includes 320 river miles and 250 coastal miles, according to CBP.

Jacqui Heinrich currently serves as a congressional correspondent for FOX News Channel (FNC). She joined the network in September 2018 and is based out of New York.