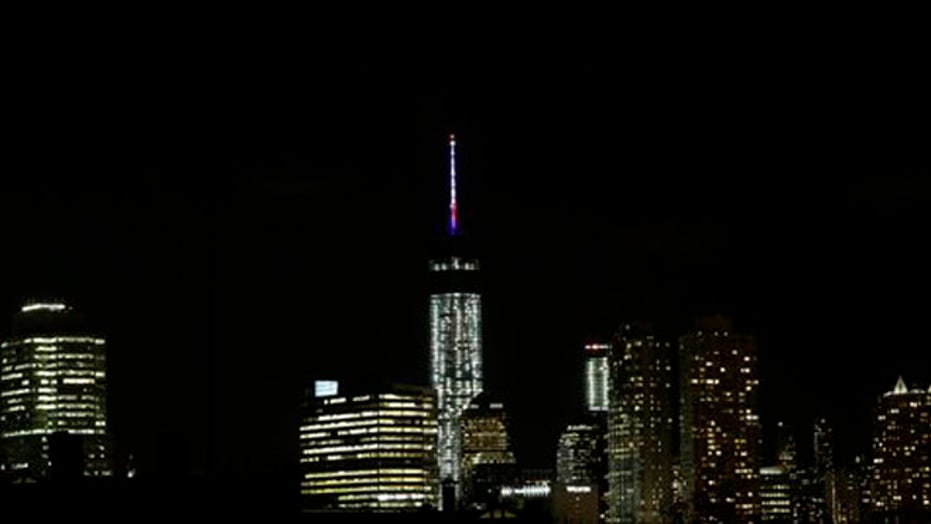 CHICAGO (AP) – The new World Trade Center tower in New York knocked Chicago's Willis Tower off its pedestal as the nation's tallest building when an international panel of architects announced Tuesday that the needle atop the skyscraper can be counted when measuring the structure's height.

The Height Committee of the Council on Tall Buildings and Urban Habitat said the needle is not an antenna but a spire, and thus is a permanent part of the building.

The needle, measuring 408 feet tall, was more than enough to confirm Chicago is the Second City when it comes to tall buildings.

With the needle, 1 World Trade Center is a symbolically important 1,776 feet tall. Without it, the building would have been only 1,368 feet tall — well short of the 1,451-foot Willis Tower.

“As a New Yorker it’s a very dear project to everybody’s heart to rebuild the site,” said Estevez, who came to the United States from Spain when he was eight years old. “Everybody in New York who lived here at the time had friends who worked at the towers.”

“I love seeing the new skyline of New York City, reminiscent of the skyline before Sept. 11,” he said. “It’s a great feeling, it fills a void in all of our hearts...It’s a message of hope, to make the world a better place, and be optimistic about the future."

From the 20th floor of the main structure, Estevez said, he and other workers could see the National September 11 Memorial nearby – with its two pools, one for each of the Twin Towers, and the engraved names of everyone who perished in the attacks.

“We have the memorial to reflect,” Estevez said, “and the tower as a sign of a better future.”

“I’m very proud to be associated with the most important project in the world.”

At stake in which building was the tallest was more than just bragging rights in two cities that feast on superlatives and the tourist dollars that might follow: 1 World Trade Center stands as a monument to those killed in the 9/11 attacks, and its architects had sought to capture the echo of America's founding year in the structure's height.

The building's 1,368 feet height without the needle also holds symbolism; it is the height of the original World Trade Center.

The 30 Height Committee members are industry professionals from all over the world and is widely recognized as the final arbiter of official building heights around the world. They conferred behind closed doors last week in Chicago, where the world's first skyscraper appeared in 1884.

The new World Trade Center tower remains under construction and is expected to open next year.

The designers originally had intended to enclose the mast's communications gear in decorative cladding made of fiberglass and steel. But the developer removed that exterior shell from the design, saying it would be impossible to properly maintain or repair. Without it, the question was whether the mast was now primarily just a broadcast antenna.

Under the council's current criteria, spires that are an integral part of a building's aesthetic design count. Broadcast antennas that can be added and removed do not.

Daniel Safarik, an architect and spokesman for the nonprofit council, said it might consider amending its height criteria. Such a move would have much broader implications that could force a reshuffle in the rankings of the tallest buildings in the world.