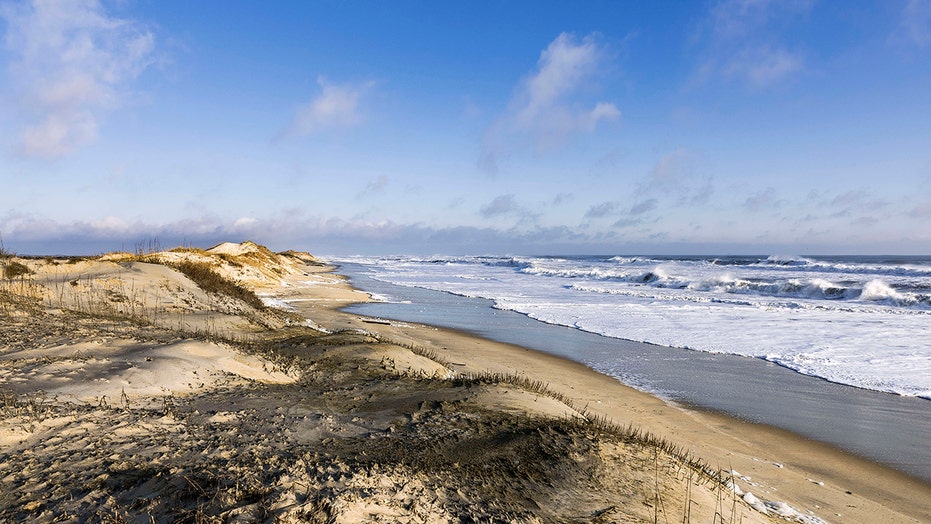 A 61-year-old Virginia man died in the waters off the coast of North Carolina’s Outer Banks on Sunday amid forecasts that Hurricane Dorian would generate dangerous surf in the area ahead of its arrival.

The storm made landfall as a powerful Category 5 in the Bahamas on Sunday – hundreds of miles south of the Outer Banks – but experts still projected the Carolina coast would experience rip currents and treacherous conditions this week.

The unidentified man wasn't using a flotation device during his swim off Cape Hatteras National Seashore near Hatteras Village, the National Park Service (NPS) said in a news release. His cause of death was pending a medical exam.

The man's cause of death wasn't immediately known, the NPS said. (Photo by John Greim/LightRocket via Getty Images)

A bystander saw the man in apparent distress and pulled him closer to shore where rescue personnel performed CPR, the NPS said. The life-saving measures were unsuccessful.

“Our staff offers our deepest sympathies to his family and friends,” said National Parks of Eastern North Carolina Superintendent David Hallac. He also thanked the rescue team for its quick response.

The Seashore was at a high risk of rip currents over the weekend, the release said.

“We urge all visitors to be very careful when swimming in the Atlantic Ocean, especially with the approaching storm,” Hallac said of the hurricane.

The National Weather Service in Wilmington, N.C., issued a briefing Monday on the potential dangers citizens may experience this week as Dorian nears.

While most of the hazards, such as strong winds, storm surge, flooding and tornados weren’t expected until the storm hits the area Wednesday, it said all beaches and coastal waters could likely see rip currents and rough surf as soon as Monday.

North Carolina Emergency Management similarly issued a summary of the expected hazards the storm will cause, including rip currents and dangerous surf lasting throughout the week.

The man’s death marked the second water-related fatality off Cape Hatteras National Seashore this year, the NPS said. There were five deaths last year and seven fatalities in 2017.