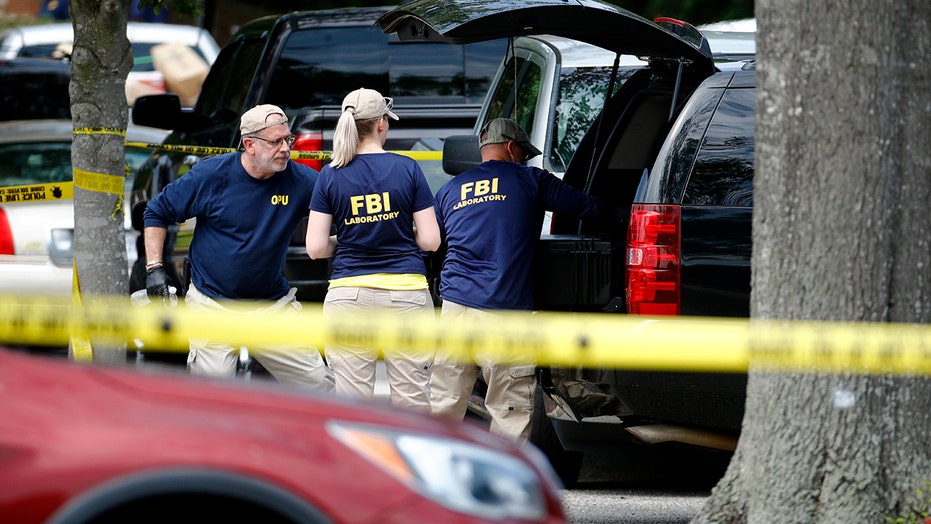 How do authorities in the medical community respond to mass shootings?

Dr. Marc Siegel says that triaging victims is a major key to saving lives in a mass shooting situation.

The Virginia Beach shooter who killed 12 people and wounded several others in a municipal complex on Friday had submitted his resignation earlier that morning, officials said Sunday.

The gunman, identified as 40-year-old DeWayne Craddock, was an engineer with the city's public utilities department for 15 years. In a news conference Sunday morning, Virginia Beach City Manager Dave Hansen described the man’s work performance as “satisfactory” with no ongoing issues of discipline.

In response to a reporter's question, Hansen said the shooter had notified his chain of command of his intention to quit via email on Friday, hours before the shooting.

Police said the investigation is ongoing for a possible motive for the deadly rampage that killed 12 people and left several others injured Friday. (AP)

Hansen also reiterated that Craddock was not fired or in the process of being fired leading up to the shooting. Police are continuing to investigate a possible motive for the deadly rampage.

Virginia Beach Police Chief James Cervera said that there was no “glaring” motive and no information on whether the gunman was targeting a specific person.

Cervera also released more details on the timeline of the shooting.

A longtime city employee opened fire at the building Friday before police shot and killed him, authorities said. (AP)

Officers arrived outside the building within two minutes of receiving a call of shots fired, the chief said. Minutes later, the officers who entered the building engaged in a “long gun battle” with the suspect. Cervera said the gunfight lasted 5 to 8 minutes and the number of rounds fired went into the double digits, though he couldn’t give specific numbers.

One officer was shot and wounded during the exchange of gunfire, he said. Officers eventually breached a door the gunman had been firing behind. The suspect was wounded when officers took him into custody. Police immediately rendered first aid, but Craddock later died.

The community prayed together on Saturday during the vigil at Strawbridge Marketplace for the victims of the shooting. (Daniel Sangjib Min/Richmond Times-Dispatch via AP)

Cervera praised the officers for making immediate efforts to save the suspect’s life after taking fire and seeing a fellow officer wounded, saying “our police officers truly believe in the sanctity of life.”

The community united on Saturday night to pay tribute to each of the victims of the shooting, by way of a prayer service. Roughly 100 people, including Lt. Gov. Justin Fairfax, attended the service, where each of the victim's names was read aloud, followed by a moment of silence.

Further memorial services were to be planned, Hansen said.

Fox News' Vandana Rambaran and the Associated Press contributed to this report.