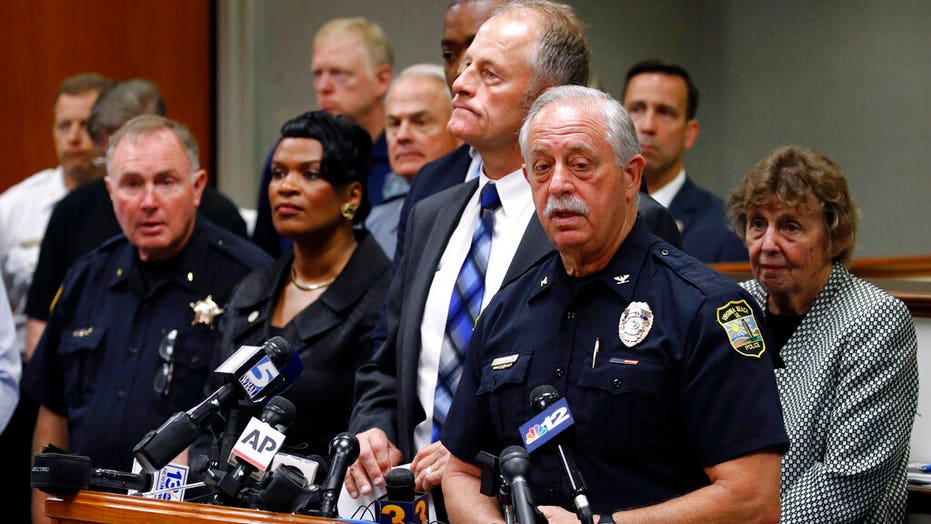 Virginia Beach Police are turning their focus to the weapons cache and job history of the man whose Friday shooting spree at a municipal complex killed 12 people and injured several more.

The gunman, ID'd as DeWayne Craddock, was employed as an engineer with the city's public utilities department for 15 years. Police killed Craddock after exchanging gunfire at the scene, but Virginia Beach Police Chief James Cervera has withheld identifying a potential motive.

In a news conference on Saturday afternoon, Cervera said that contrary to media reports, Craddock was not fired from his city post.

As for weaponry, two .45-caliber pistols were said to have been used by the shooter, and two other guns were recovered at the shooter's home, the chief said. At least three of the weapons were purchased legally, though the history of the fourth was not immediately known. The two weapons used at the municipal center were purchased in 2016 and 2018 by the shooter, officials said.

Cervera said a more specific timeline of the deadly ramage would be released sometime on Sunday.

As more details about the shooter were emerging on Saturday, many in this stunned community continued to keep a focus on the victims, most of whom were municipal employees. Several vigils have been scheduled for the victims of the massacre, which has been dubbed the deadliest mass shooting in the United States this year.

Frank Janes is comforted by his wife, Cathie Janes, during the prayer vigil at Strawbridge Marketplace in response to a shooting at a municipal building in Virginia Beach, Va., Saturday, June 1, 2019. A longtime city employee opened fire at the building Friday before police shot and killed him, authorities said. (Daniel Sangjib Min/Richmond Times-Dispatch via AP)

Virginia Gov. Ralph Northam attended a prayer vigil on Saturday morning at the Regal Cinemas in Strawbridge Marketplace. The solemn event was organized by Lifehouse Church.

Cervera encouraged members of the community to attend the additional vigils that are set to take place throughout next week, as a way to support not only the fallen, but the police and first responders.

President Trump ordered that flags be lowered to half-staff on Saturday, and he tweeted his condolences and support for "that great community" of Virginia Beach.