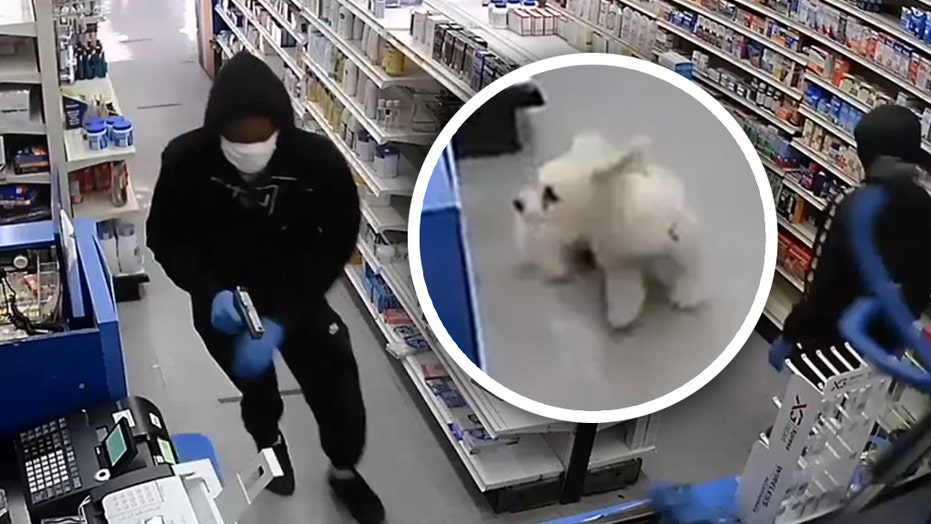 The three holdup men fled empty-handed after being confronted by the owner and the frantic dog, WINS-AM reported.

It happened June 9 at the New Trend Pharmacy in Brooklyn.

The NYPD tweeted the footage Thursday.

The video shows one of the robbers, who has a gun, climbing over the counter. He also had on a white mask and surgical gloves.

Seconds later the thief is seen tumbling back over the counter and scrambling to his feet before running off with one of his accomplices.