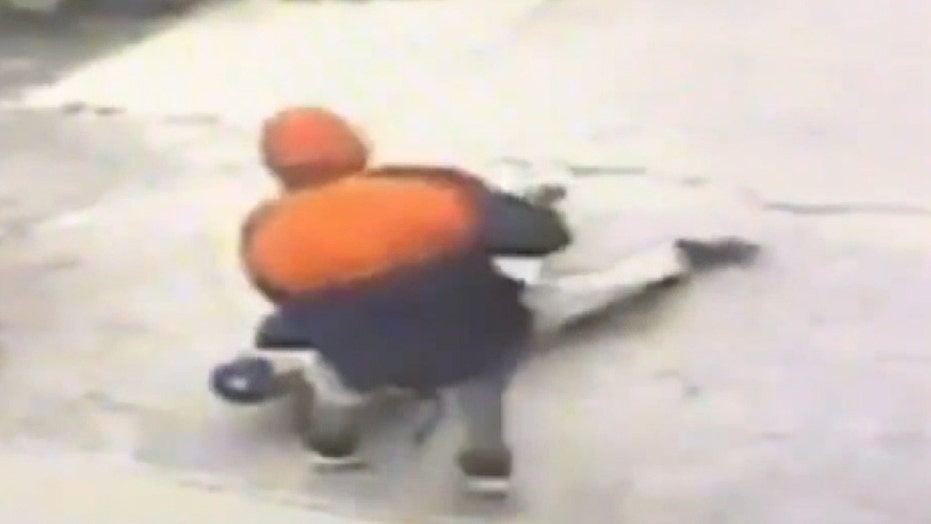 Raw video: 80-year-old gets dragged the across street during a robbery

80-year-old gets dragged the across street during robbery in New York City.

New York City police are searching Friday for a suspect seen on video dragging an 80-year-old along the sidewalk during a robbery.

Footage of the incident, which happened June 7 in the city’s Bronx borough, begins with the suspect approaching the victim from behind in broad daylight.

The suspect tries to strip a backpack off the victim’s shoulders, but is met with resistance and a struggle ensues.

MAN ACCUSED OF ATTACKING NYC WOMAN, 92, WAS RELEASED WITH TICKETS IN 3 PAST ARRESTS, SOURCES SAY

Video then appears to show the victim being dragged along the sidewalk before the suspect finally wrestles control of the backpack.

The victim suffered a cut to his right knee, according to Fox5 NY. The suspect, meanwhile, was last seen wearing shorts and a multicolored jacket.

The incident happened days before a 92-year-old woman was pushed to the ground in Manhattan in what appeared to be a random attack.

A registered sex offender who has been arrested 103 times was charged in that case.