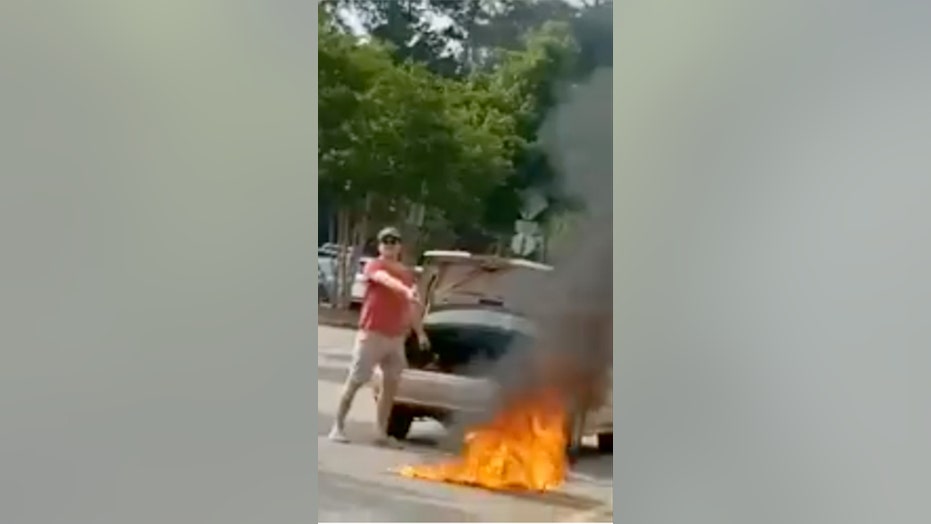 An American flag burning caught on video in the parking lot of a Walmart in southern Virginia on the Fourth of July has led to the arrest of a 23-year-old man.

Mitchell Lee Stauffer was not arrested over his First Amendment-protected right to burn a flag, but rather for allegedly burning an object in a public place with intent to intimidate, York-Poquoson County Sheriff Danny Diggs said.

“The burning of our great American Flag is very offensive to most people including me,” Diggs said in the Facebook post. “That being said, the courts have ruled that act alone is an expression of free speech and not per se illegal.”

“This charge is appropriate under the Code of Virginia,” he said. “It is fortunate that no one was injured today.”

The statue Stauffer was charged under has been used in the past in cross-burning cases.

Mitchell Lee Stauffer, 23, charged with trying to intimidate people by burning an American flag in the parking lot of a Virginia Walmart.  (Virginia Peninsula Regional Jail)

The incident took place around 9 a.m. Thursday at the Walmart in Yorktown.

The video shows a man in a hat and shorts throwing an American flag on the ground, pouring gas on it and setting it on fire.

The yelling made those who heard it very nervous, the sheriff's office said.

"We think this was to induce fear," Diggs told Fox News Friday. "It's really irrelevant if it was an American flag. He could have set fire to a towel and he would have been charged."

The video was shot by a Walmart manager who hung up the phone when contacted by Fox News.

The Newport News Daily Press reports that the torching left a large scorch mark in the pavement.