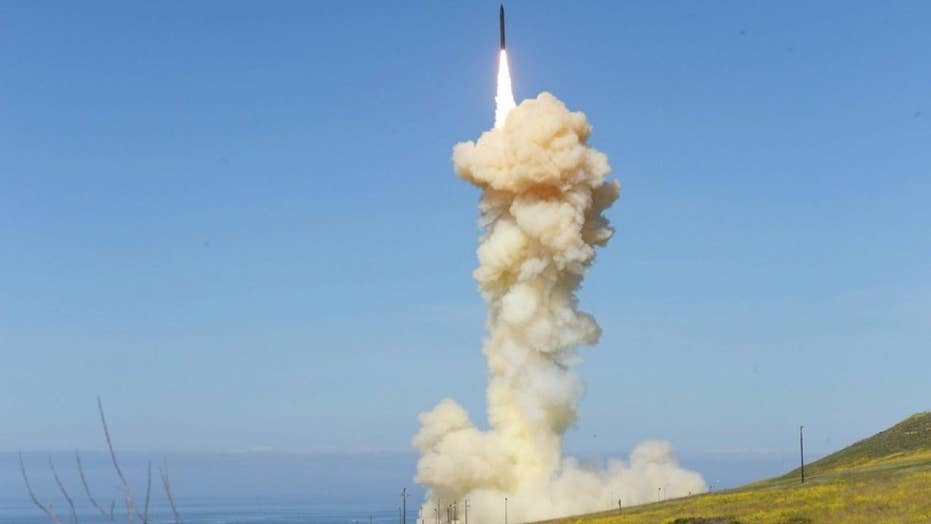 The U.S. Missile Defense Agency on Monday successfully shot down a dummy Intercontinental Ballistic Missile (ICBM) in space during a highly complex test of the U.S. military’s capabilities to counter incoming missiles from foreign adversaries.

Two interceptor missiles, launched from an Air Force base in California, shot down the ballistic missile – launched from the Marshall Islands in the Pacific 4,000 miles away – supposedly meant to resemble missiles used by North Korean or Iranian militaries.

The agency said that during the test, ground and sea-based Ballistic Missile Defense System (BMDS) sensors successfully provided data to the Command, Control, Battle Management and Communication (C2BMC) system, which then prompted the launch of two interceptor missiles.

“This was the first GBI salvo intercept of a complex, threat-representative ICBM target, and it was a critical milestone,” MDA Director Air Force Lt. Gen. Samuel A. Greaves said in a statement.

“The system worked exactly as it was designed to do, and the results of this test provide evidence of the practicable use of the salvo doctrine within missile defense. The Ground-based Midcourse Defense system is vitally important to the defense of our homeland, and this test demonstrates that we have a capable, credible deterrent against a very real threat.” 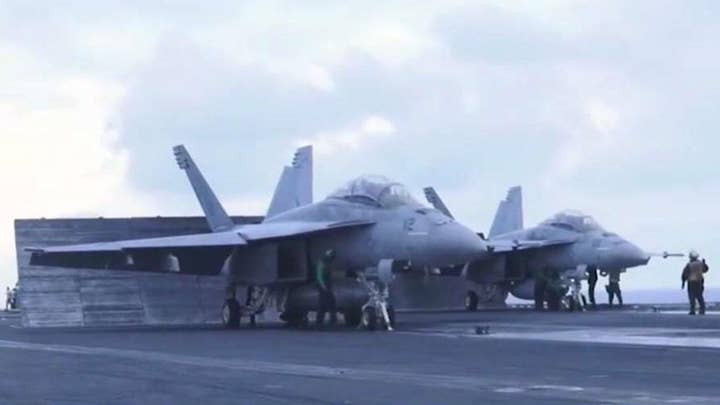 The test on Monday was the first of its kind missile defense test, which came amid the Iranian and North Korean governments' efforts to develop the ICBM technology.

Earlier this year, Iran tried to launch two satellites that the government said was for the purposes of monitoring the environment, prompting objections from the U.S. as the satellite launch vehicles were reportedly used the same technology as ICBMs.

“Iran plans to fire off Space Launch Vehicles with virtually same technology as ICBMs. The launch will advance its missile program. US, France, UK & Germany have already stated this is in defiance of UNSCR 2231. We won't stand by while the regime threatens international security,” Secretary of State Mike Pompeo wrote in a tweet.

North Korea, amid the breakdown of talks with the U.S., has been accused of rebuilding a missile launch site.

Satellite images show that efforts to rebuild some structures at the Tongchang-ri launch site started between Feb. 16 and March 2, citing 38 North, a website specializing in North Korea studies.

Harry Kazianis, Director of Korean Studies at the Center for the National Interest, and a Fox News contributor, said: "The facility in question, Sohae Satellite Launching Station or sometimes called Tongchang-ri, has seen activity in the last few days which suggests the North Koreans are rebuilding their capability to potentially test space launch vehicles and can place satellites into orbit.

"There is also evidence to suggest Pyongyang might be rebuilding at the same facility an engine testing stand that is likely used to measure the capabilities of motors that would go into the North’s long-range missiles (ICBMs) that can hit the United States with a nuclear payload.”