Coconino County sheriff’s officials said they were called Sunday to the Grand Canyon National Park Airport after receiving a report of two men injured after skydiving in tandem.

First responders found Christopher Swales unconscious at the scene and, despite life-saving efforts there, he later died at Flagstaff Medical Center, officials said.

The other person – an unidentified employee with the Paragon Skydiving company – suffered a broken leg. 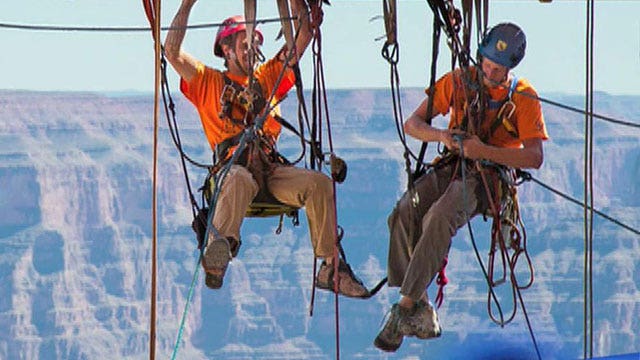 The sheriff’s office said Swales had purchased a skydiving package and the dive was going as planned until the pair approached the landing area.

The pair were free-falling before hitting the ground, authorities said, though it was not immediately clear for how long.

The National Transportation Safety Board and the Federal Aviation Administration are investigating the incident.

A spokesman for the FAA told the Arizona Republic that they will investigate whether the parachutes were properly installed and whether the instructor had the required experience and credentials for a tandem jump. He did not offer any additional details about the incident.

Coconino County sheriff's officials said in a statement that "there are no indications that the incident is criminal in nature."