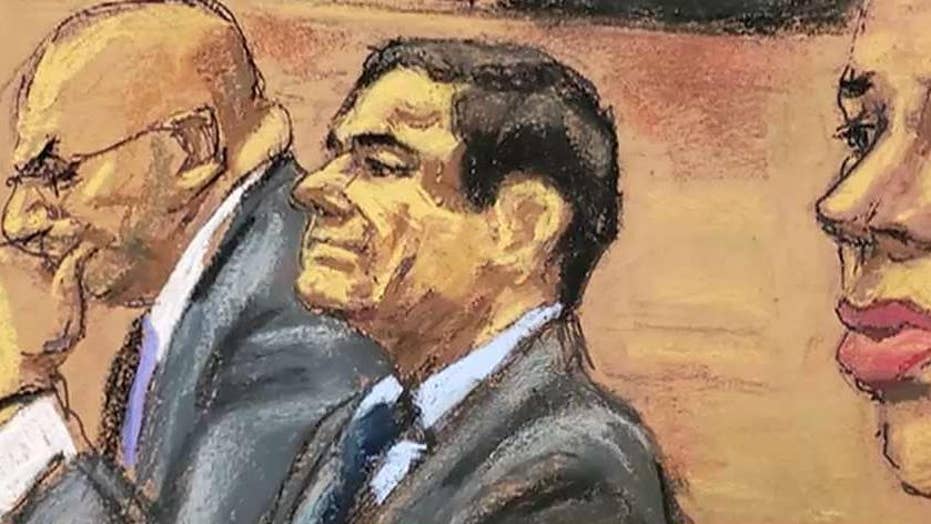 Report: Some El Chapo jurors followed the case on social media and in the news

Two of Joaquin "El Chapo" Guzman's sons have been indicted on drug conspiracy charges, barely a week after the Mexican kingpin was found guilty of running a drug cartel.

'EL CHAPO' ACCUSED OF DRUGGING, RAPING GIRLS AS YOUNG AS 13, ACCORDING TO COURT DOCUMENTS

The two brothers, who are both believed to be living in Mexico, allegedly conspired to distribute cocaine, meth and marijuana in the U.S. from April 2008 until April 2018, the U.S. District Court for the District of Columbia said Thursday.

The sons of the notorious leader remain fugitives.

The pair's father, 61-year-old El Chapo, was convicted on Feb. 12 of drug conspiracy charges following a three-month-long trial in New York. The jury of 12 people announced their decision at a federal courthouse in Brooklyn on the sixth day of deliberations, affirming Guzman was the leader of the Sinaloa cartel who conspired to commit murder.

One of the most notorious drug traffickers in modern history, he was extradited to the U.S. in 2017 after Mexican authorities captured him a year prior during raids in Los Mochis, Sinaloa. He was free at that point after a dramatic escape in which he tunneled out of a Mexican prison.