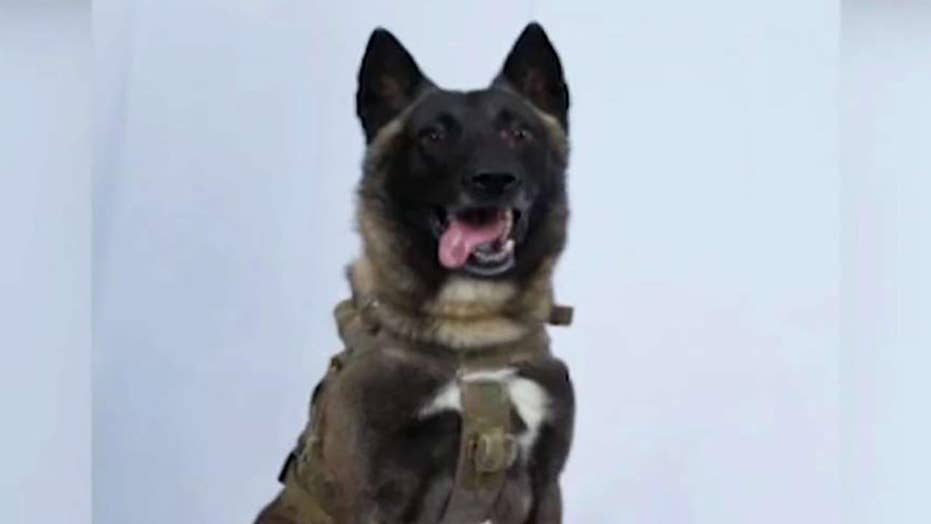 Conan, the military dog that was injured while chasing down Abu Bakr al-Baghdadi, will not receive a Purple Heart. A panel of veterans reacts.

Texas voters on Tuesday overwhelmingly approved a measure that ensures animals who serve alongside law enforcement can retire and be adopted — amending the state Constitution, which previously considered such animals as surplus property that could only be auctioned, donated or destroyed.

The electorate voted in favor of Proposition 10 by 94 percent. Now, law enforcement agencies can transfer custody of dogs or horses to their handlers or other qualified caretakers when they retire from service.

Advocates for the amendment, including Jim Skinner, a former Air Force security police K-9 handler and current sheriff of Collin County, argued the proposition would make sure their "partners in crime" would be well cared for after service — and would eliminate a fee for law enforcement officers to adopt their own retired animals.

Skinner had a personal stake in the amendment: He extended his overseas military tour years ago to stay with Jessie, his K-9, who was not allowed to be brought back to the U.S. Military working dogs would be abandoned or euthanized after their service — but that changed when Congress passed "Robby's Law" in 2000, allowing MWDs to retire and be adopted.

“It’s the right thing to do,” Skinner told the Austin Americans-Statesman in October. “I see these young men and women that handle these dogs and how hard they work. You just can’t imagine a situation where you’d have to take that dog from them.”

State Sen. Brian Birdwell, R-Granbury, agreed, writing in an update to his constituents earlier this year that "few people are qualified to humanely care for and properly supervise a police dog or horse, and these animals need to be cared for by a capable individual at the end of their service."

He said the amendment would "protect these animals to ensure they are going to a proper home after their retirement from service and save taxpayer dollars from continued housing and care of the animal."

In the past, sheriff's offices and police departments worked around the antiquated law to ensure they could adopt their service animals. Skinner told The Washington Post when he became sheriff in 2017, there were two older and sick K-9s on the force. Instead of euthanizing them or having them auctioned off, he "took them out of active duty." Because they weren't officially retired, it prevented the sheriff from replacing the K-9s with new law enforcement animals.

In Austin, K-9 animals ready for retirement would be sold by the department to the dog's handler or an employee for $1. The department's mounted horses were also sold for $1 to comply with the law, the Statesman reported.

Skinner said it's unlikely many law enforcement dogs have been regularly euthanized, saying "there's different ways that people have tried to deal with this."

"But here’s the reality: We’re peace officers, and we stand for the rule of law, and we want to do the right thing,” he said. “We’ve asked for this exception, to not treat these animals like property, for all the obvious reasons.”